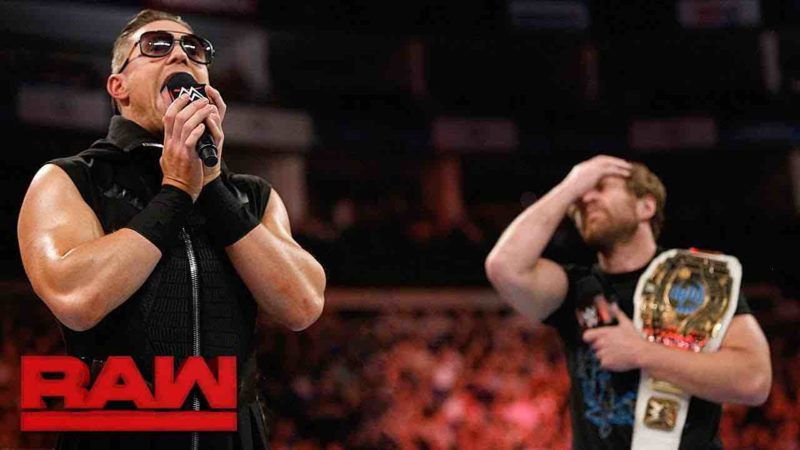 Current WWE Champion The Miz was recently a guest on the ‘Oral Sessions’ podcast hosted by Renee Paquette, the former Renee Young. During the interview, The Miz discussed how Young and her husband, former AEW World Champion Jon Moxley texted Miz to congratulate him on his shocking WWE Championship win. New WWE Champion The Miz had a backstage segment that gathered a staggering high rating this past week.


The Miz became a two-time WWE Champion during the 2021 edition of the Elimination Chamber, pay-per-view where he cashed in his Money in the Bank briefcase on an exhausted Drew McIntyre who had just won the Chamber match against various other former WWE Champions. Wrestling-Edge transcribed Miz’s comments.

Miz: ” Another cool thing was, after the Elimination Chamber was over, I went backstage and I talked to people who were in the chamber and they were all very receptive and almost proud – I was told ‘I deserved it’. It’s cool when you get it from Twitter or whatever but when your peers are telling you ‘congratulations’ and when you and Jon [Moxley] texted me, it makes you feel good. You’ve worked with these people and they see the work that you put in that nobody else sees.

During the same interview, WWE’s resident ‘A lister’ discussed his current relationship with WWE Chairman, Vince McMahon as the two-time WWE Grand Slam champion told the former Renee Young the following quote. A Bobby Lashley vs. The Miz WWE title spoiler has leaked.

“Vince has always believed in me. Whenever I’ve had a conversation with him, he can tell that if he tells me something, I don’t just hear it. I listen to it, absorb it, and get exactly what he wants out of it and make sure that the big picture is in place. He can lean on me to do that. A lot of people go into Vince’s office and complain and say, ‘I need to do this and that.’ I’m not that guy. I say, ‘Vince needs this done. I can do that. Not only can I do it, I can make it even better than he wants it to be.’ That’s the trust I’ve developed with him and the company. The company knows this is my passion, life, and love. I love entertaining,”

Credit to Fightful for the second half of this transcription.