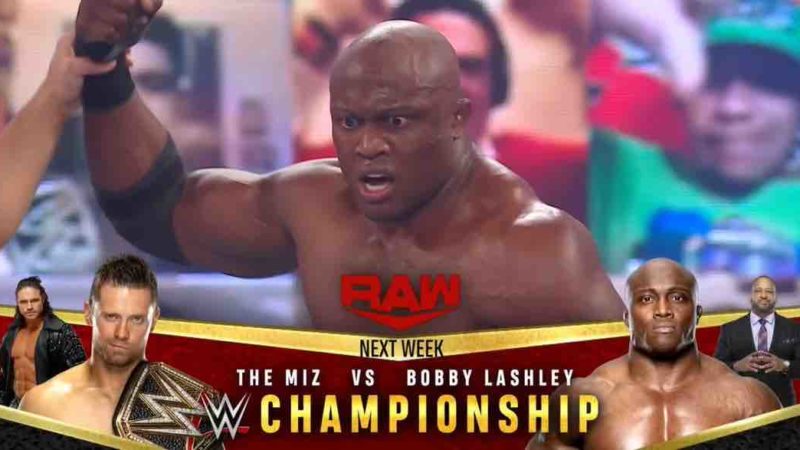 Dave Meltzer indicated before WWE Raw last night that The Miz will be losing his WWE title soon, with a match with Bobby Lashley scheduled for Raw next week. Lashley’s rumored WWE title win was just revealed.

A fan wrote to Meltzer, “Sometimes Dave gets angry over the weirdest things, but doesn’t get angry when he sees things like Miz winning the title.

Meltzer responded on F4WOnline, “If I thought he was keeping it for more than a month, but for one PPV cycle max, who cares. We’ve had far bigger jokes than that winning titles.”

Bobby Lashley was guarenteed a WWE title match with The Miz next week on Raw after making a deal with The Miz at Elimination Chamber to attack Drew McIntyre to help Miz cash in his Money in the Bank briefcase.

On Raw, Lashley had to defeat Braun Strowman in the main event to avoid the match becoming a triple threat, and he did in dominant fashion.

Sean Ross Sapp tweeted, “No funky finish, Lashley going clean as a sheet over a former champion. I loved it.”

Raj Giri wrote on Twitter, “Braun Strowman with a rare clean loss to Bobby Lashley. Greay way to build your new top heel in Lashley #RAW @WrestlingInc.” The Miz was ‘buried’ by WWE creative before winning the title.

It is a CLASH of TITANS to determine how next week's #WWEChampionship main event looks.@BraunStrowman and @fightbobby are bringing the fight on #WWERaw! pic.twitter.com/L6v1St78Y4