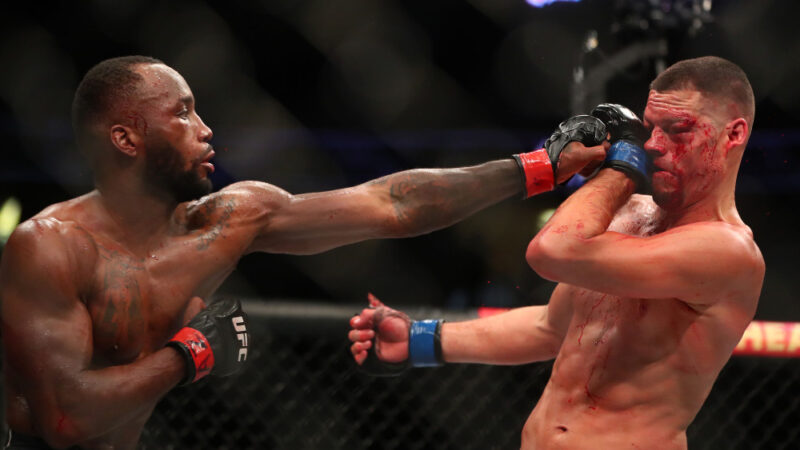 The UFC star Nate Diaz recently drew some attention at the UFC 263 press conference. The ‘West Coast Gangster’ surprised the media when be lit up a joint in front of the Arizona crowd.

Usually the fighters go face to face with their opponent, but Diaz was quite relaxed. He was certainly the fan favorite for the fight and he was courageous enough to light a joint at the presser. Moreover, he went on to offer UFC flyweight Brandon Moreno what he was smoking. Nate Diaz’s ‘crazy’ UFC 263 paycheck has leaked.

He was later asked during the press conference what he was smoking and the welterweight revealed it was the “kill 4209,” which is approved his own brand of cannabis.

Diaz lost the first-ever non-title five-round main event in UFC history against Leon Edwards. They were originally scheduled to lock horns at UFC 262 but the fight was postponed as Diaz suffered injury. He had later claimed that he was better fighter in the match despite suffering the loss.