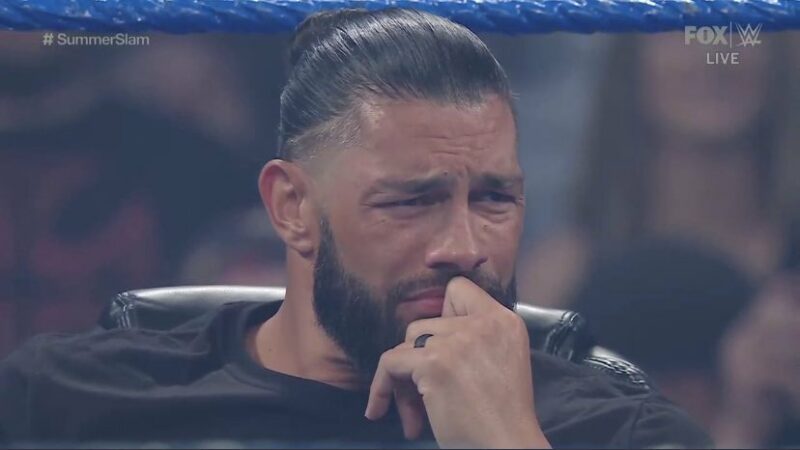 When you’re a top star within WWE, it’s almost a sure thing that rumors will be flying about you in and out of the industry. While Roman Reigns and Drew McIntyre are two of the biggest stars that WWE have seen for years; not even they can escape the rumor mill…

On an episode of ‘The Nitty Gritty Dirt Show,’ we are yet again greeted by the one and only, Vince Russo along with the extremely knowledgeable, Billi Bhatti. During the show, the two discussed everything top to bottom about all things professional wrestling.

The segment that we will be combing over today sees Bhatti and Russo speaking about two of the biggest stars in the industry today: Roman Reigns and Drew McIntyre. Let’s see what these two have to say.

Bhatti: “This company (WWE) internally, who are putting out product every week and have all of these people from NXT, Raw, Smackdown, your Drew McIntyre’s who they just pushed…They’re putting them out to the media. Apparently, an internal comment exists where there’s a feeling in the company where Roman Reigns is the only franchise player.”

Bhatti continues: “Let me tell you something for a fact from knowing people from there (WWE). Vince Russo can say that, Jim Cornette can say that, Dave Meltzer can say that. This company (WWE) do not think that they have one franchise player. That is NOT in any way, shape, or form, a statement that is going to be coming out within the WWE where they admit that they’ve done a sh*t job at pushing stars. That would mean that they would be taking responsibility for their own booking, which is something they wouldn’t do.”