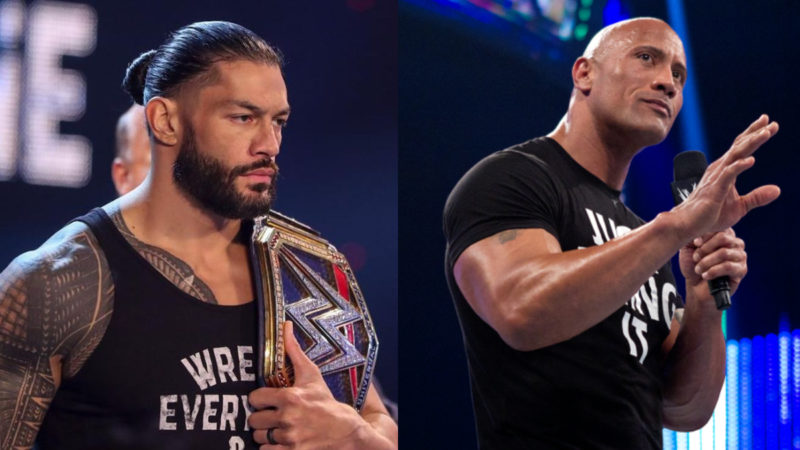 The Rock is one of the biggest WWE stars and Roman Reigns, the current WWE Universal Champion is his cousin belonging to the same rich Samoan heritage.

The Tribal Chief is the top star on the WWE SmackDown and many rumors have stated that The Great One and The Head of the Table could go head to head in a big ticket match, which could be at WrestleMania.

Roman Reigns vs The Rock could take place soon

WrestlingNews.co has reported the current plans of WWE is to raise Reigns to the stature of huge stars like The Rock and John Cena.

A match involving Cena and Reigns was previously planned for SummerSlam and defeating a star like Cena at SummerSlam and The Rock at WrestleMania would cement Reigns legacy as one of the greatest stars in the company.

The  long-term plan for The Usos is to win the SmackDown Tag Team Championships which they could win from a babyface tag team. Rey Mysterio Major WWE Title Spoiler Leaks

Dolph Ziggler and Robert Roode recently dropped the titles to Rey and Dominik Mysterio in order to set things up for The Usos to take the titles away from them.

The Usos are now currently in a feud with Rey and Dominik with the story being that Jimmy and Jey cannot win without help from Roman Reigns.

The seeds have been sown on last week’s edition of SmackDown as Reigns came down and laid a brutal assault on the Mysterios.

Reigns will defend the Universal Championship against Rey Mysterio at the Hell in a Cell pay-per-view.

They also reported that The Usos and the Mysterios will continue to feud well into the summers and the plan for The Usos is to completely join hands with Reigns and eventually win the SmackDown tag team titles by SummerSlam.

“Obviously, the plan is to build Roman up so fans see him as being on the level of Cena and Rock but this is also about making Jimmy and Jey look strong and we will get there by SummerSlam. This will be a tight-knit unit in a few months.”

We will see how everything pans out in the upcoming weeks.