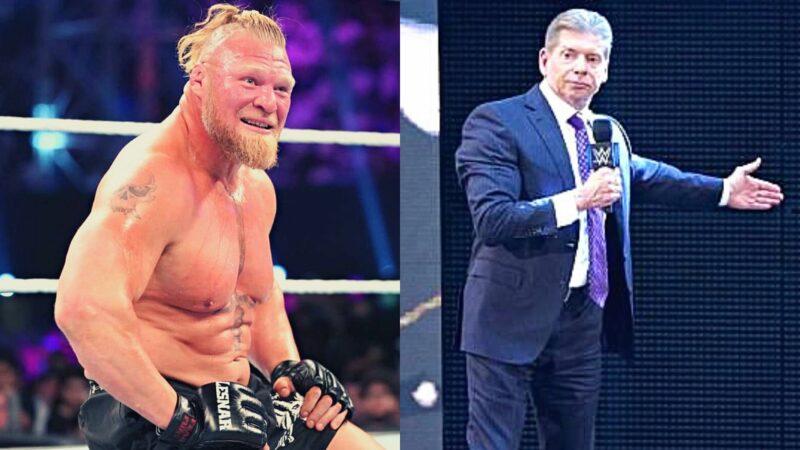 At WWE Day 1, Brock Lesnar won the WWE Championship after defeating Big E, Kevin Owens, Seth Rollins, and Bobby Lashley in a Fatal Five-Way match. This is because Roman Reigns could not compete at the pay-per-view and face Brock Lesnar. After all, he tested positive for the virus.

During this week’s episode of Monday Night RAW, Bobby Lashley and Brock Lesnar did a weigh-in before their Royal Rumble match. On the latest Wrestling Observer Radio, Bryan Alvarez revealed that the weigh-in segment featured their billed weights instead of their actual weight.

“You know those weights are worked, right? He might be more, for all I know. The whole thing is work. Because the deal is, they decided that since Bobby Lashley is announced at 273 pounds and Brock Lesnar is now at 286 pounds, that’s gonna be the numbers. So, everything about that was just, um. That was the decision Vince made. That our announced weights have to be real. So, therefore, when they weigh-in, it has to be exactly their announced weights no matter what they actually weigh.”