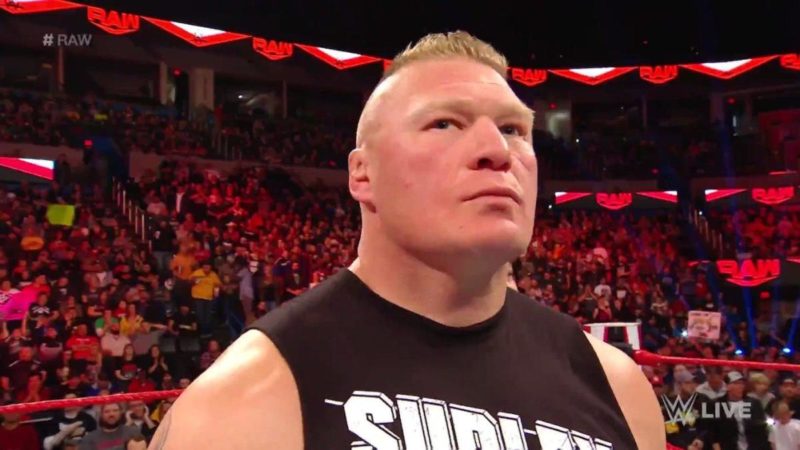 ‘The Beast’ Brock Lesnar has not been seen on WWE programming in a year. However, Lesnar was invoked by former WWE Champion Drew McIntyre during this weeks edition of WWE Monday Night Raw. McIntyre had a match against fellow former WWE Champion Kofi Kingston in which the winner would face current champion – ‘The All Mighty’ Bobby Lashley during WWE’s Hell in a Cell pay-per-view event. McIntyre won the match and also said prior the encounter: “I slayed the beast Brock Lesnar, unlike Kofi”. Did this Brock Lesnar WWE return date recently leak?

This was a call back to when Lesnar utterly eviscerated Kingston in less than half a minute to win the WWE Championship during the October 4th, 2019 edition of WWE Smackdown. Kingston wishes that he could get a mulligan on that match as he recently spoke to DAZN and discussed his shocking title defeat. Credit to Wrestling Inc for the following quote.

“I wish it would have gone down differently. I appreciate that a lot of people were so angry with the way that it went down. I’m always just trying to work towards what’s next. For me to come into work and be disgruntled about the way that things were handled, I’m the only one that’s going to be affected by that. But what I can control is going out and starting afresh, getting back on the horse and riding, and keeping that positive attitude. I would say that I was disappointed with the way that it went down. But again, I wasn’t so mad that I was going to come into work and just pout. I’m not going to come pout and be mad. That’s not my style. I’ve never been like that. It’s always been just a matter of just pushing forward no matter what. So that’s what I did. You just keep on marching until the wheels fall off. “