The former WWE star Nia Jax was recently spotted with grey hair. However, that is not her actual hair but a wig that she put on for her latest Instagram post and story. WWE Canceled Planned Brock Lesnar Return

Jax was recently released from WWE and it seems like the former RAW Women’s Champion is done with wrestling for good. She recently changed her hairstyle from curly to straight, mere days after her WWE release. Now, Jax is trying an interesting look with a gray-haired wig. She posted a short clip on her Instagram Story section, showing off her new look.

She also shared a hilarious TikTok clip with former WWE Superstar Mojo Rawley. At the end of the video, fans can see Rawley pulling Nia’s wig from her head and walking away.

Check out Jax’s post as well as a screengrab of her story: 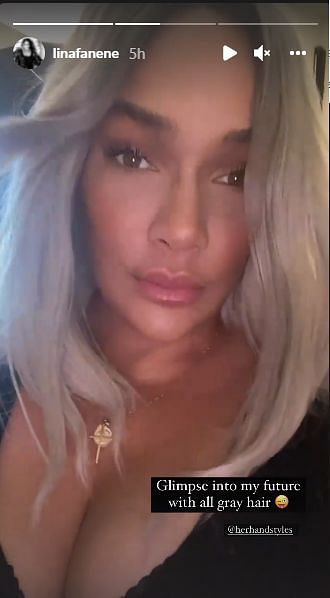 In one of her latest tweets, Nia Jax let her fans know that she will be talking about her WWE run in an interview with Renee Paquette. During her time in WWE, she won the RAW Women’s Championship at WrestleMania 34. We will have to see what is next for Jax.