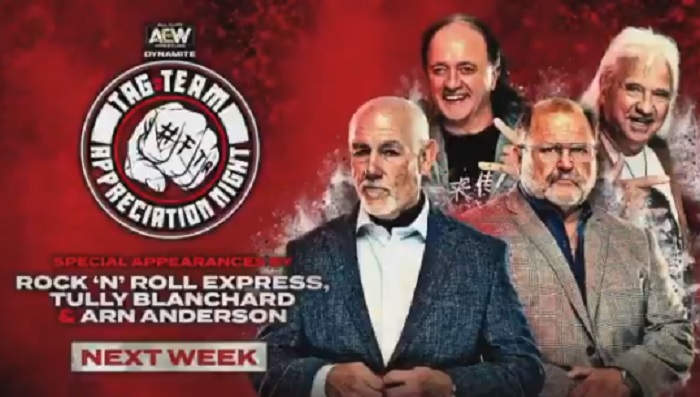 Next week in All Elite Wrestling land, the AEW on TNT program will feature a special theme, as AEW Dynamite features a “Tag-Team Appreciation Night” hosted by FTR.

During this week’s program, the company announced the lineup for next week’s episode of AEW Dynamite on TNT scheduled for Wednesday, August 5, 2020 from Daily’s Place amphitheater in Jacksonville, Florida.

Featured below is the stacked lineup as announced by All Elite Wrestling this evening on TNT for next week’s episode of AEW Dynamite.

Join us here at Wrestling-Edge.com on 8/12 for AEW Dynamite results.

NEXT WEEK ON DYNAMITE!
We have another stacked card for you!