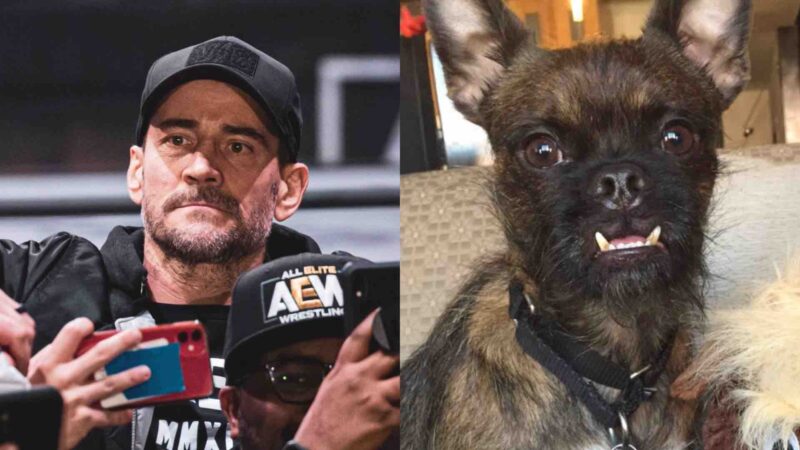 CM Punk and AJ Lee’s dog was grabbed by Kenny Omega during Punk’s backstage fight with The Elite at AEW All Out. FightfulSelect.com reported, “The Kenny Omega involvement was said to be him trying to remove Larry (CM Punk’s dog) from the situation to help keep him safe because he was barking and going nuts. Their side of the story says that once he handed Larry off, he tried to get Ace Steel off Nick Jackson, and Ace Steel bit Omega and pulled his hair.”

AJ Lee and Nikki Bella were two top WWE divas of the 2010’s. WWE Hall of Famer Nikki Bella recently took to her Instagram account and posted a picture having a purse in hand that read Mrs. Chigvintsev which indicated the last name of his husband Artem Chigvintsev. She flaunted the fact that they got married recently.

Nikki Bella and Artem Chigvintsev recently made it official that they tied the knot. The Total Bellas star announced the happy news Monday on Instagram, and the wedding took place in Paris.

“We said I DO,” Bella captioned a photo of her and the Dancing with the Stars pro’s hands with their new wedding bands. She also shared a picture of her and Chigvintsev embracing and taking in the Paris skyline, including the Eiffel Tower, as they toasted their newlywed status.

She shared another photo of her holding her new husband’s hand on her Instagram Story, writing, “We both can’t stop smiling I never want this feeling to end. I will love you forever and ever Mr Chigvintsev.”

Bella also teased, “Can’t wait to share the entire journey with you,” alongside the news the wedding will be featured in a four-part E! special called Nikki Bella Says I Do. In March 2019, Bella and Chigvintsev confirmed their romance on Instagram and got engaged during a romantic trip to France that November.