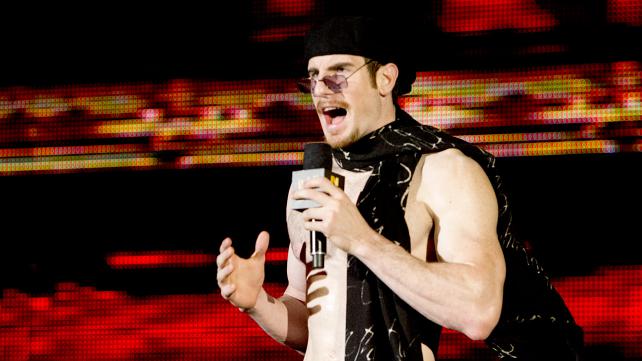 On coming up with The Vaudevillains gimmick in WWE NXT:

“I had been in NXT for probably about two years when this (idea) came up. We had just started at the WWE Performance Center in Orlando and at the time, I was doing my theatrical, artiste entrance to the ring and doing things on my own and Simon Gotch had just recently come to WWE. I think someone basically suggested, ‘Hey, Simon has this unique look, you have this whole entertainer, artiste thespian persona going on, is there anything there?’ To be fair, we did not know each other so this wasn’t something we originally threw together, but when somebody kind of tossed the idea out there, we got together and we’re like, ‘How can we turn this into something?'”

“All I remember was that somebody threw out the word vaudeville. Obviously, coming from a theatre background, I loved all that stuff. So I literally went home that night, sat on my bed and said, ‘Hmm, vaudeville … alright, we’re going to do a team … vaudeville … Vaudevillains.’ … It literally rolled off my tongue as I said it out loud. I went, ‘OK, let’s try that,’ and boom, literally the next day off we went, we started teaming, we started doing shows, then NXT and so on and so forth.”

On his mother-in-law Vickie Guerrero:

“Obviously, anytime you have family or friends or anybody who has been in the business you’re in or been down the path, it’s an invaluable asset, an invaluable centre for advice. My mother-in-law Vickie is an amazing person and has been nothing but helpful and supportive. She helps with the little things, dealing with being on the road and being away from home and how to keep up communication and little things like where the best hotels are, how to find a gym, little things on the road. She’s helped me deal with this transition from NXT where I was primarily just in Florida to now with WWE, where I’m on the road every single week, something she knows plenty about. She’s been nothing but helpful and supportive and very, very sweet and kind.”

English also talked about his Tag Team Title Match at Extreme Rules and more. You can read the entire interview here.