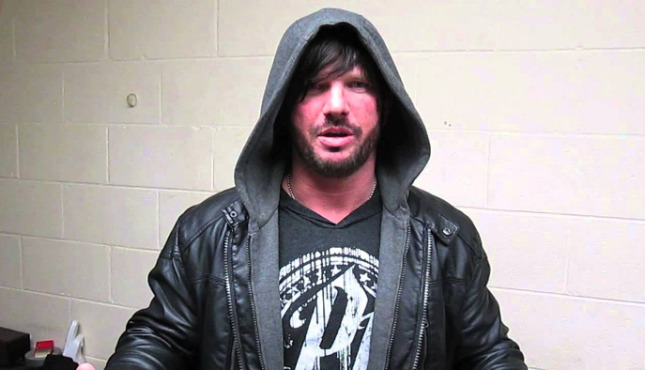 On his interest in NXT and whether seeing some familiar faces booked well makes the decision easier:

I’m going to be honest with you guys: The thing that makes wrestling most interesting to me is going to be the business that occurs after the match is over. A lot of people frown on that and say money isn’t everything. Well, I say it depends on how much you have saved. My goal when I retire is to not be in a wheel chair or walk with a limp. Wherever I go, I will do my best, work harder than anybody there, and that’s just what I do. I only have one gear, and if someone is looking for that and I can support my family while doing it, then that is what I will do.

On making his career feel complete and whether a WWE is required in that equation:

It’s not, it really isn’t. I get to work in the Tokyo Dome on January 4th in front of thousands and thousands of people. That’s pretty awesome. I don’t know about you guys, but the first time I watched New Japan and saw them walk down that long ramp to the ring it was unbelievable. The fact that I get to do that, that is my wrestling moment. I wouldn’t say I would never go to WWE, but if it didn’t happen, I wouldn’t go, “Oh man, I missed out. I’m the one guy that missed out.”