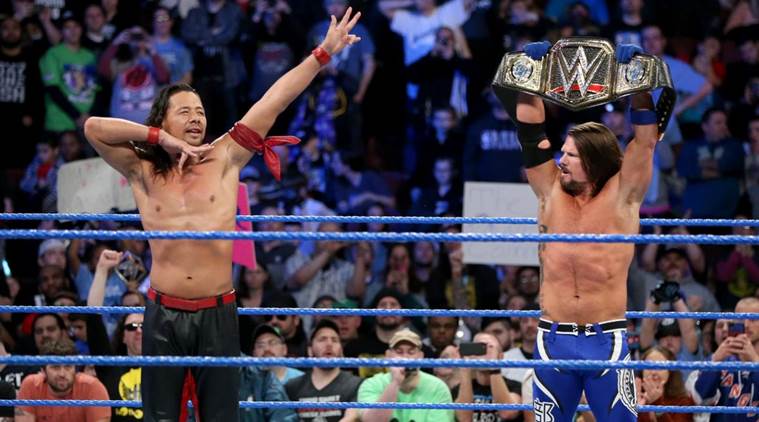 AJ Styles squared off against Shinsuke Nakamura at WrestleMania 34. It was a dream match as the two had put on a classic two years prior at Wrestle Kingdom before they signed with WWE. However, their WrestleMania match turned out to be a disappointment.

AJ Styles spoke to After The Bell, where he admitted that expectations for his match against Shinsuke Nakamura were far too high. Fans loved their match at Wrestle Kingdom 10 and wanted a repeat of that bout. However, it was simply not feasible.

Expectations are way too high. I felt that going in. I know Nakamura felt that too. No matter what we would have done in that match, the expectations were way too high. Here’s what a lot of people don’t understand. Fans are everything. They set the tone on what is a great match. It’s how they respond to it. In Japan, they are so respectful and when they do respond, it’s huge. ‘Wow, it’s such an amazing match.’ Had that same match been done in a WWE ring without that same response, it’s not going to be declared as that great of a match. Fans are everything, they dictate a great match. It’s the reality and the truth and something a lot of people don’t understand. The expectation were so high because of what we did at Wrestle Kingdom. I was like, ‘Oh man.’ I still think [WrestleMania] was a great match.”

Styles successfully retained the WWE Championship after beating Shinsuke Nakamura in the match. The two went on to face off on many other occasions as well.