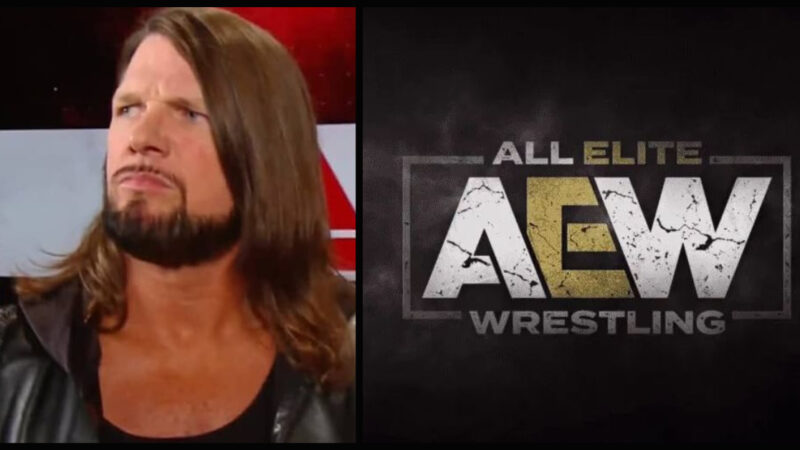 This week has been an phenomenal week in the world of professional wrestling and sports entertainment. All Elite Wrestling got the ball rolling with CM Punk making his long-awaited and anticipated return to the squared circle during AEW Rampage: The First Dance. Tonight it will be WWE’s turn as they will have their annual WWE SummerSlam pay-per-view event at Allegiant Stadium in the Las Vegas suburb of Paradise, Nevada. AJ Styles was recently offered this huge AEW match.

However there was a little ‘crossover’ this week as during a recent edition of the Talk N Shop podcast, former WWE Champion and one half of the current WWE Raw Tag Team Champions – AJ Styles joined AEW and Impact Wrestling’s Karl Anderson and Luke Gallows. Of course, Styles, Anderson and Gallows were part of the collective group ‘The Bullet Club’ in New Japan Pro Wrestling from 2014 to 2016. The trio would continue their run together in WWE as ‘The Club’ in April of 2016 and later ‘The O.C.’ beginning in 2019. This would continue until Gallows and Anderson were released from their WWE contracts on April of 2020 due to budgetary reasons stemming from the COVID-19 pandemic.

WWE SummerSlam kicks off 7:00 EST where AJ Styles will be in action with his current tag team partner, Omos as they defend their WWE Raw Tag Team Championships against the tag team combo of Randy Orton and Riddle, collectively known as RK-Bro. Other top matches scheduled include Bianca Belair Vs Sasha Banks for the WWE SmackDown Women’s Championship and Bobby Lashley Vs Goldberg for the WWE Championship.

@MachineGunKA @The_BigLG @azucarRoc After a year and a half of dealing with the pandemic, I needed a night like this. Thank you, brothers!! And @AJStylesOrg with the surprise appearance! ❤️ pic.twitter.com/SFKBcDBY16