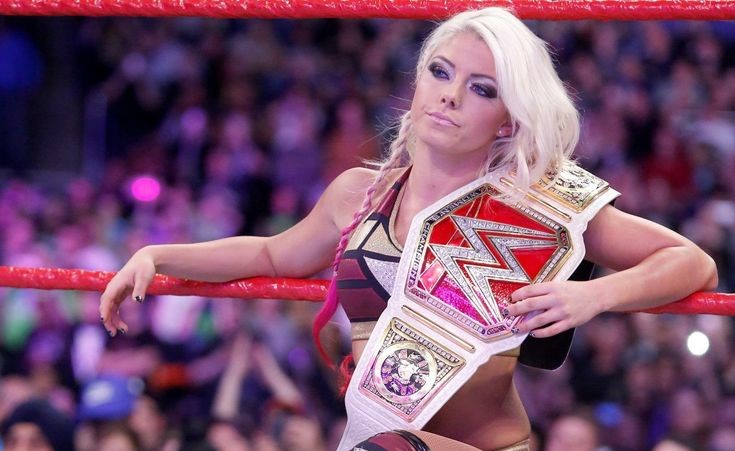 Alexa Bliss speaks on a myriad of issues.

Alexa Bliss is the current Raw Women’s Champion and she doesn’t want anyone to forget it either. She’s set to defend her prized possession at TLC against Mickie James in a feud where Bliss keeps referring to how old James is.

But Alexa Bliss recently spoke to Channel Guide Magazine where she spoke about one segment she had planned out but WWE rejected it for a pretty obvious reason.

“We did a segment where I gave Mickie James some Depend products and a walker. My original pitch was to give her a Life Alert. It didn’t happen, but Nia ended up using a line about it in their match. That’s teamwork right there…WWE creative is amazing. When we have ideas, they always take them into consideration. Whether they use the ideas, I don’t know. I’m not going to lie. My ideas are usually not that great. So, creative takes an idea and makes it that much better. They are amazing to work with and so open to our ideas.”

Although Bliss is currently tangled in a feud with Mickie James, she still had amazing things to say about her opponent at TLC.

“Mickie is so amazing because she has so many ideas. She is a wealth of knowledge since she has been in the business for so long. She is super sweet and open to ideas. I’m looking forward to continuing our program. She always says, ‘Well, I’m six one way and half dozen the other.’ We always go that she makes scrambled eggs. That’s not a thing she taught us. If it doesn’t work out today, it will tomorrow. Six one way and half dozen the other. It happens. Things can work out tomorrow. She is very casual that way, which keeps it a stress-free environment. That is so nice to have.”