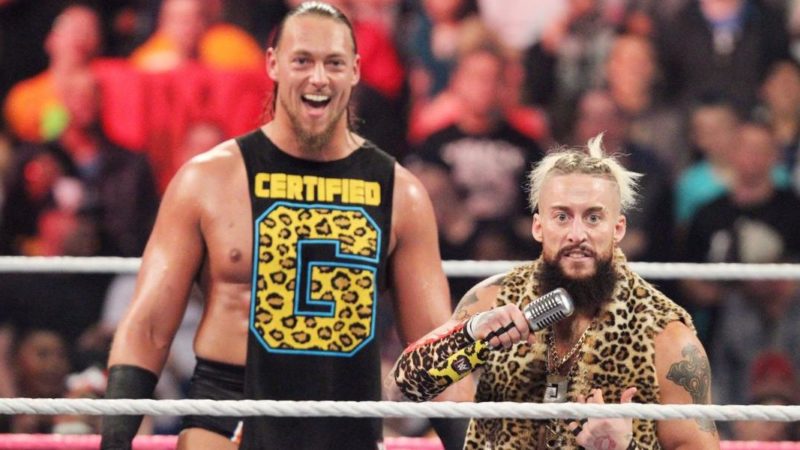 Former WWE Agent Arn Anderson recently discussed the duo of Enzo & Cass on his ARN podcast. Anderson would give his take on why Enzo & Cass are no longer with WWE, saying how they had ‘heat’ backstage.

“That’s fine to be over at NXT at that time. There was no NXT television show yet, was there? Well, I mean, that’s fine. But when you come up to the main roster, now you’re starting to have your own TV now. You can take 200 people in a crowd of 10,000 and if they choose to be heard, they sound very loud. I’m talking fans scattered around the arena – if they’re chanting the same thing, 200 people can make a lot of noise. And they really can, and the fact is, they did have that following.”

Arn Anderson would then lay into Big Cass a little bit, saying how he “stopped listening” when he started to get pushed as a singles performer.

“They came up to the main roster. They had a match or two, and the people were getting with the promos and getting with all the things. But the second they put Cass [Big Cass] in the program with Big Show? He quit listening. And I know because I was the producer of that match. And here’s [Big Show] willing to put this guy over and he was fighting us every step of the way.”

credit ARN and a h/t to Wrestling Inc. for the transcription.