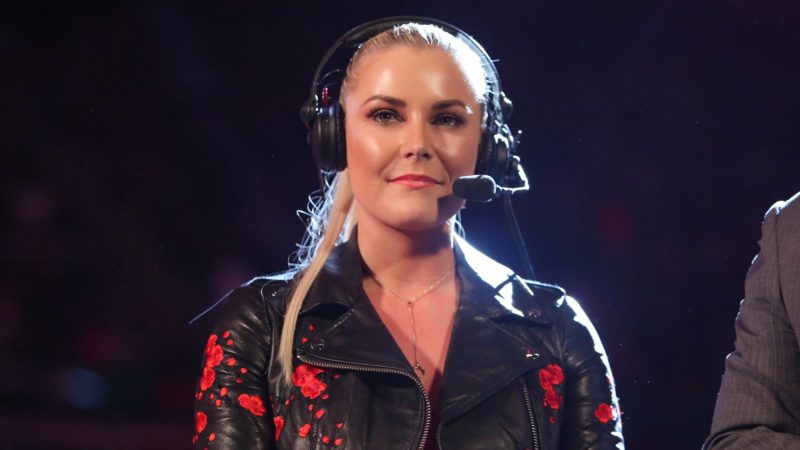 Renee Young has been in news recently due to the decision to end her 8 year-long stint with WWE and move on from her time at the wrestling promotion.

The latest Wrestling Observer Newsletter provided some backstage info on her status with the company and it reveals that at one point Young was under two contracts simultaneously.

She had a contract as an employee with WWE and the former NXT star was also under contract with Fox Network for WWE Backstage. However, the Fox Network contract was nixed when the show got cancelled.

The contract with WWE allowed her to give her notice anytime she wanted and Young reportedly agreed to work through the SummerSlam weekend after giving her notice last week.

There have been obvious speculation of Renee Young working with AEW after leaving WWE but it won’t be possible anytime soon as her WWE deal has some ‘serious non-compete’ according to the report.