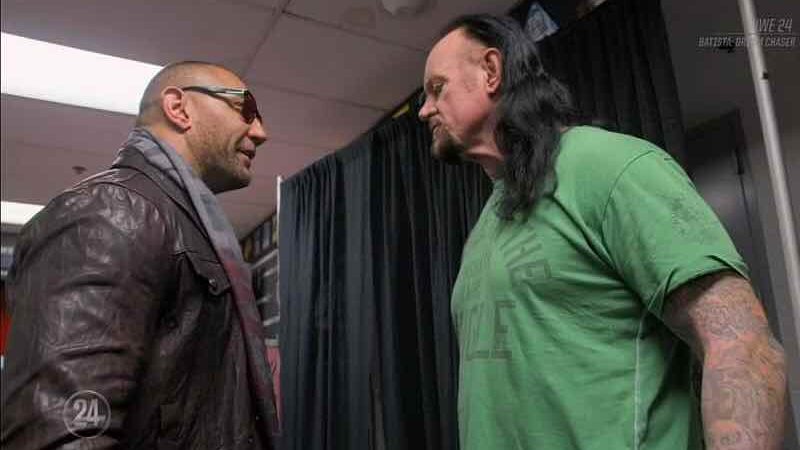 The former WWE Champion Batista had once allegedly made some derogatory comments regarding SmackDown.  Rene Dupree recently claimed that Spike Dudley complained to WWE Hall of Famer The Undertaker after ‘The Animal’ made the comments about the blue brand in a media interview.

In the mid-2000s, Batista broke his character and made some remarks about how SmackDown was the ‘B’ show compared to RAW. The Undertaker who was a SmackDown star back then, was informed about the scathing comments by Dudley.

Speaking on his Cafe de Rene podcast, Dupree recalled how The Deadman spoke to his former rival Batista. Batista and Undertaker were involved in an fierce rivalry over the World Heavyweight Championship in 2007.

The incident was revealed before a WWE event about his interview:

“I remember Batista… because he went to SmackDown, right? Batista did a f***ing interview with a major, major, major magazine saying SmackDown is the ‘B’ show. That’s where Spike f***ing stirred the pot and went right to ‘Taker. I remember that, and then I remember ‘Taker and Batista sitting up in the stands talking it out,” said Dupree.

Reflecting on The Undertaker’s relationships with other superstars, Dupree noted that Dudley often used to give the WWE icon information about their co-workers:

The Undertaker was recently inducted into the WWE Hall of Fame by none other than WWE Chairman Vince McMahon.