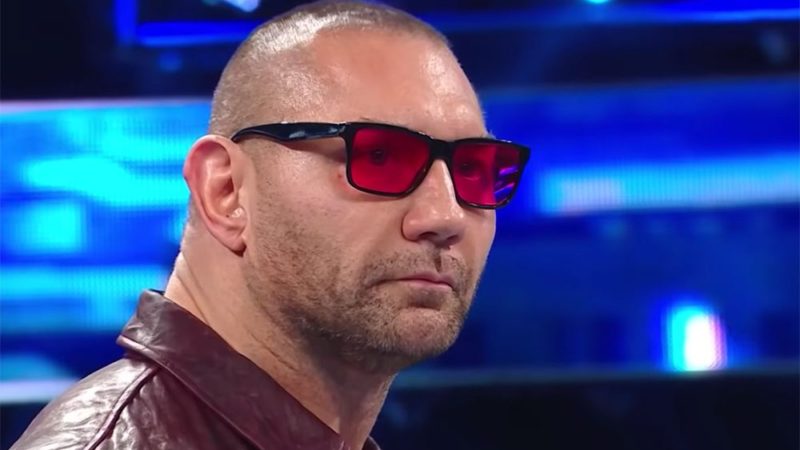 The former WWE Champion Batista once attended a WCW Power Plant tryout before joining WWE. DeWayne Bruce who is popularly known in WCW as Sgt. Buddy Lee Parker, trained the company’s up-and-coming wrestlers in the 1990s and it included Batista. But ‘The Animal’ expressed his distaste towards Bruce, the former WCW star’s strict training methods. Bruce recently stated that he believes he did nothing wrong during the infamous tryout of ‘The Animal’. Batista previously revealed tragic news to WWE fans.

Speaking to Monte & The Pharaoh, Bruce dismissed claims that his workouts were too rigorous. He also took credit for helping the movie star’s career:

“Well, Batista… best thing I did was run him off of the Power Plant because WCW at that time had no farm system, no nothing,” said Bruce. “Yes, I made him throw up putting his f***ing shirt on… what a big deal. And if he’s still blaming me for that, he’s a p***y. That’s the best thing to ever happen to him. Look where he’s at now.”

Bruce worked as both a performer and trainer during his time in WCW between 1989 and 2001. He is arguably best known for training Goldberg on how to wrestle before his debut in 1997. Over the last two decades, Batista has spoken in interviews about his poor training experience with DeWayne Bruce at the WCW Power Plant.

In 2014, he said on Chris Jericho’s Talk Is Jericho podcast that Bruce made it clear he did not want him to go back:

“I went and had this awful tryout with WCW and they ran me out the door and told me to never come back. I went down to the Power Plant, they were having open tryouts; you know, you just show up and pay $300, which at that time was a lot of money for me.”