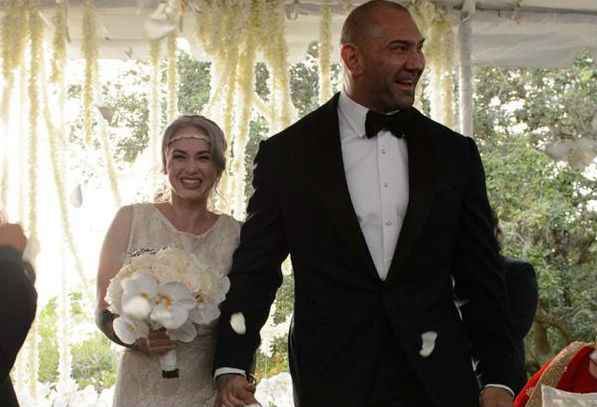 – Batista mentioned on Twitter that he got married recently. He posted the following photo of himself and his bride at their wedding:

This marks his third marriage.

– WWE.com recently caught up with former WCW Cruiserweight Champion Juventud Guerrera and asked him about his release from WWE back in 2005.

“In the moment, I wanted to go back to WWE. But WWE is different, I didn’t understand that. You don’t need to be flying around all the time. It didn’t work out the way it was supposed to, but I trust in life. Sometimes you have to go through things to get better. Now, I’m trying to be the best I can be. I’ve been really happy the last couple of years, just doing my own thing.”