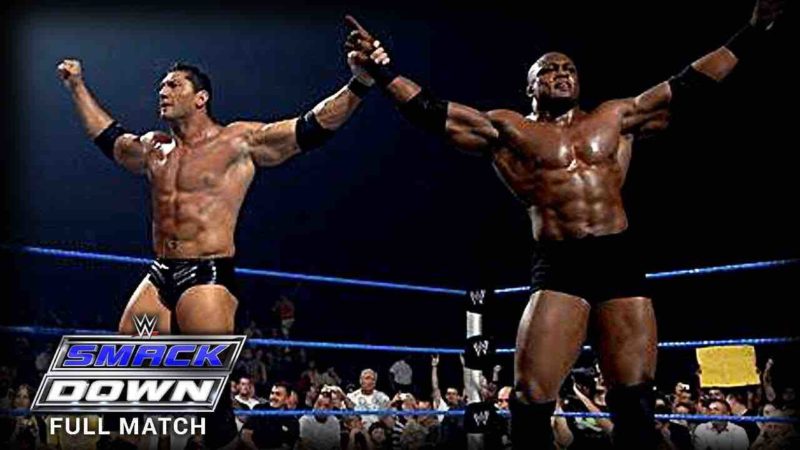 Batista has buried WWE breaking up Bobby Lashley’s faction The Hurt Business before WrestleMania, “Let’s try this again! WHO in their right mind would break up the #HurtBusiness already? Answer: NO ONE!!! 🤷🏻‍♂️ #SMFH #BadForBusiness.”

Bobby Lashley may have spoiled new Hurt Business members. Batista retired from WWE at WrestleMania 35, along with Kurt Angle. Kurt Angle just discussed getting the Raw GM match on his podcast, “The night of the Hall of Fame right before I went out to accept the award, Vince McMahon came into my locker room, the room they had set up for me backstage and he said, ‘Hey, we want you to be general manager of Raw starting tomorrow.’

He offered me a deal and I said, ‘Well, I still want to wrestle.’ He said, ‘We’ll get around to that, eventually. Don’t worry about that, we’ll get there.’ I said, ‘Okay, as long as I know I’m going to wrestle.’ So, I got the offer right before the Hall of Fame. The next [Monday], I started the general manager job.”