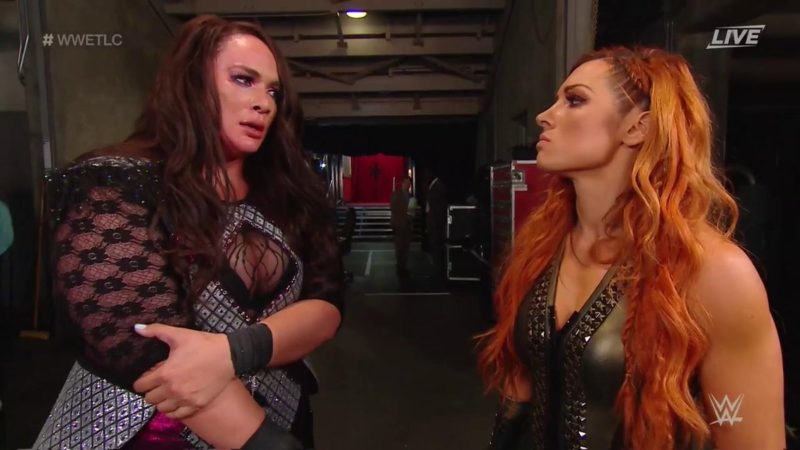 The Man has been wanting to get a piece of Nia Jax since SmackDown invaded Monday Night Raw the week before WWE Survivor Series. Jax cracked Becky Lynch with a stiff right hand that would keep the SmackDown Women’s Champion out of contention for a while, and force her to skip out on her match with Ronda Rousey.

At WWE TLC, Becky Lynch had a chance to get some payback. Lynch stated earlier in the night that she had some debts to collect, and it was assumed that she would attempt to get her hands on Ronda Rousey and Nia Jax, both of whom she’d continued to feud with ono Twitter since the incident last month.

Lynch finally caught Jax after the Raw Women’s Championship Match. After a tough bout between herself and Ronda Rousey, Jax made her way to the back, only to be met by the woman she put on the shelf.

Lynch dropped Jax and left before Tamina made it to the scene. With one down, Lynch set her sights on her title defense later in the night.