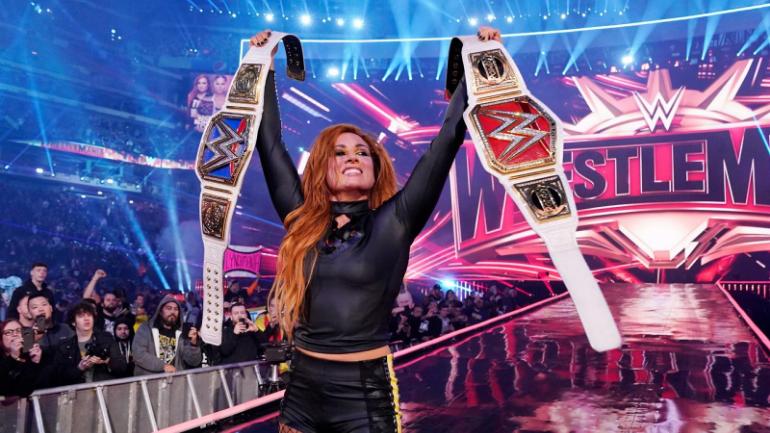 Becky Lynch no longer has the moniker of ”Becky Two Belts” after having lost the Smackdown Women’s Title at Money In The Bank. Of course, she’d more than like to reclaim that moniker.

Bayley is the current Smackdown Women’s Champion and she and Becky Lynch teamed up on Smackdown Live this past week and a singles feud between the two was teased as well.

Dave Meltzer noted on Wrestling Observer Radio that Becky Lynch has a high chance of getting a shot at the Smackdown Women’s Title soon enough.

The next WWE pay-per-view will be Stomping Grounds on June 23rd and it is very likely that Lynch will challenge Bayley for her title. It will be especially interesting if Lynch has to defend her RAW Women’s Title at the pay-per-view as well.

We will get to know in due time what will happen to Becky Lynch as we near the event.