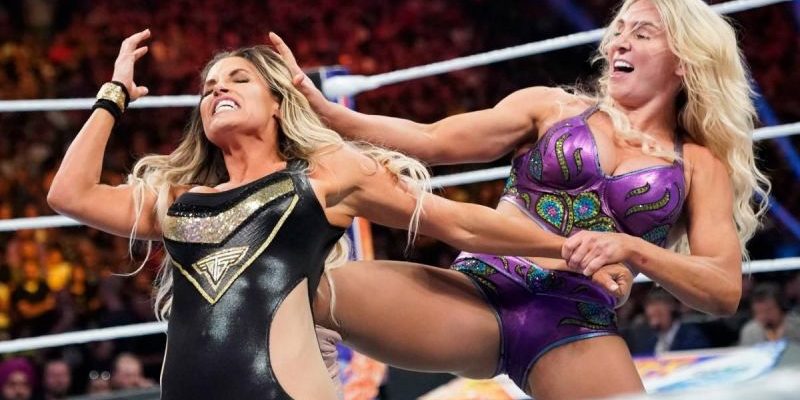 Trish Stratus returned to the ring for one last time at her home town leave a print of her legacy which has already been cemented. Stratus gave it her all to keep up with Charlotte Flair until the figure eight proved to be the end.

After the match, Charlotte Flair broke character in order to praise the Hall Of Famer during an interview with Cathy Kelly. She claimed that this match was bigger than WrestleMania for her. Charlotte added that she is in awe of Stratus’ ability to shine in the ring even after being out for several years, she also added that her work as a mother is also inspiring.

Trish Stratus was interviewed post their match as well where she commented that she is honoured to go out with such a match. Stratus added that the women roster should feel blessed. She added:

“I am so honoured to be able to go in there with Charlotte Flair. I am honoured and privileged to be in there with an athlete of her calibre. I am just thankful that girls (of today) let me dip my toes in the waters of today.

I think only a handful of people in the world can do what we do. I am honoured to be one of those people. We should all feel blessed to do what we do here.”

Watch both of the interviews below: