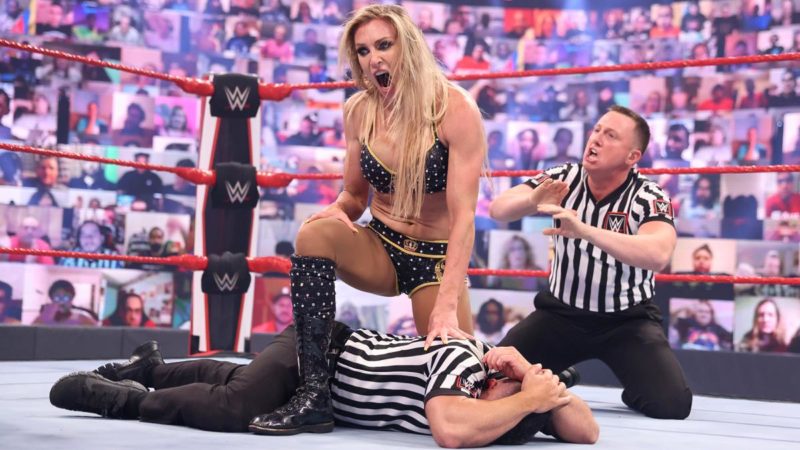 WWE star Charlotte Flair was attacked by WWE Raw Women’s Champion Rhea Ripley on this week’s edition of Monday Night Raw after she had wrestled Nikki Cross. It was during this segment the veteran color commentator Jimmy Smith made a huge botch.

Jimmy Smith, who replaced Tom Phillips after he was released is doing a fine job since he joined Monday Night Raw but it seems he is yet to learn some names of the talents on the roster. He made a mistake which caught attention of the fans. He made the hilarious blunder while saying the name of former WWE Champion, Kofi Kingston.

Jimmy Smith was trying to say Kofi Kingston’s name but added in a vulgar word (come, but spelled differently…) after which fans called him out. Mandy Rose WWE Girlfriend Storyline Idea Leaks

You can check out the video clip below to know what he actually said:

Sometimes the color commentators make nistake and they easily get caught by the fans. In this case as well they poked fun at the hilarious blunder.

Jimmy Smith has not reacted as of yet and we will see if he breaks silence on this and responds to the fans.