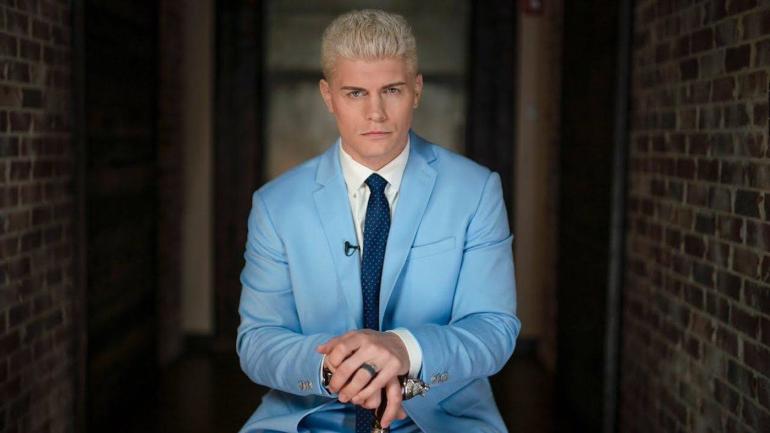 In what will go down as one of the most shocking moments this year for the world of professional wrestling and sports entertainment – Cody Rhodes and his wife Brandi Rhodes, who severed as Executive Vice President and Chief Brand Officer president – departed the company today. The duo were integral to the success of All Elite Wrestling’s infancy and beyond. However, the question still remains as to why the duo departed from the company.
Andrew Zarian of F4W Online talked about the circumstances and stated that the Rhodes’ leaving AEW had much more to do than just money

“I can tell you this much. It’s not just money. This is not just a financial disagreement. Considering the fact that he’s one of the founders… When you’re involved from the start like this and you are part of the creation of a company like this, you generally don’t leave just for financial reasons. You generally leave because there’s other issues. Now, I don’t know exactly what those issues are. People hear rumblings of creative or just business ideas and things like that, but I think this is all going to come to light in the next couple days I assume now that it’s out there that he is out of the company.

There has been much speculation of Rhodes potentially showing up in WWE as well – Zarian touched on that as well by proclaiming the following:

One thing that is for certain is that there certainly wasn’t any bad blood between any Rhodes’ now-ex EVP’s as on during the latest edition of Wrestling Observer Live, Bryan Alvarez put any potential rumors to bed by stating that Rhodes’ relationship between the all of the EVP’s at the time of Cody Rhodes leaving All Elite Wrestling was ‘the best that it’s ever been’.

Dave Meltzer claims that money issues are a real reason behind Cody’s departure.