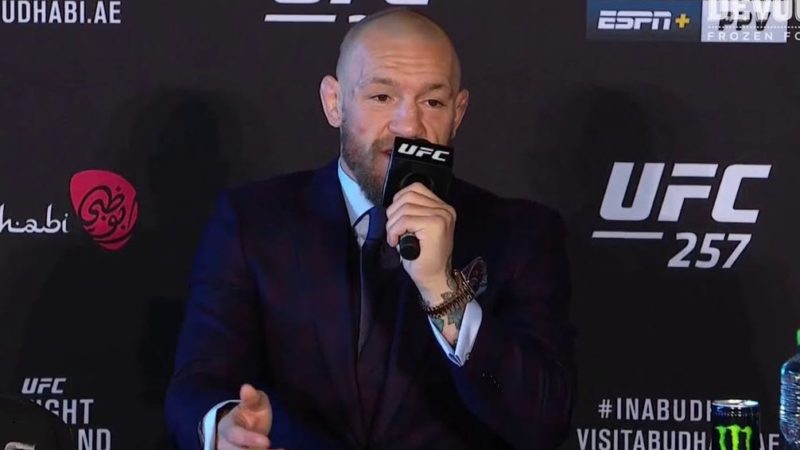 The undefeated boxing legend Floyd Mayweather recently revealed the possible expected time when he could share the ring with UFC megastar Conor McGregor again. Following his retirement in 2015, Mayweather returned to boxing a year later in search of his 50th professional victory. And in one of the most lucrative fights in combat sports history, “Money” accomplished that feat by stopping former two-division UFC champion McGregor in the 10th round. They fought five years back in a bout that was branded “The Money Fight” and “The Biggest Fight In Combat Sports History.”

Floyd Mayweather talks about a possible rematch against Conor McGregor

During an interview with the Daily Mail, Mayweather confirmed that a rematch with McGregor is in the pipeline for 2023. According to “Money,” negotiations are ongoing ahead of his second dance with the Irishman. Nevertheless, he remains focused on his remaining tasks in 2022.

“I want to go out there this weekend and have fun (against Mikuru Asakura),” Mayweather said. “Then I have another exhibition (in) Dubai in November and me and Conor McGregor in 2023.”

‘Money’ has not added to his professional record since and he Mayweather has remained present inside the squared circle in the form of exhibition bouts. After defeating former multi-weight RISE kickboxing champion Tenshin Nasukawa in 2018, Mayweather re-appeared three years later to face YouTube star Logan Paul.

The 45-year-old is now set to complete his most active year in over a decade. Having already faced Don Moore in Abu Dhabi this past May, Mayweather is set to return this weekend against Japanese MMA fighter Mikuru Asakara before another outing in November, which is rumored to come against UK online star Deji, the brother of KSI.

The boxing legend also already has his sights set on a 2023 appearance in the ring. We will see who it is.