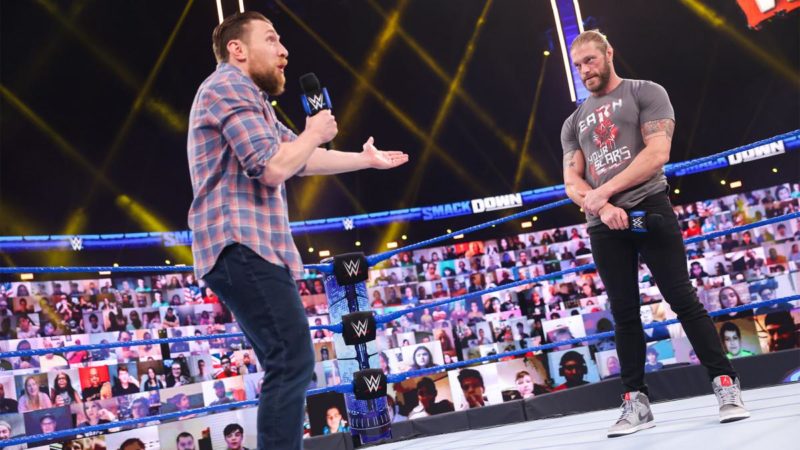 Two superstars we thought we would be seeing on Smackdown are none other than Roman Reigns recent victims, Daniel Bryan and Edge. Unfortunately, we didn’t see Edge or Bryan on Smackdown which is making us wonder what could be happening. Roman Reigns ‘Putting Over’ New WWE Champion.

On Smackdown, Edge and Daniel Bryan were both not present on television. It’s not currently known if they were at the event at all. This could all be part of a storyline with the two possibly teaming up or WWE could be setting it up like they were beaten so badly that they both need time off. We will see what the plans are in coming weeks.

Roman Reigns may however have his eyes set on a new storyline with Cesaro who recently won his first singles WrestleMania match between him and Seth Rollins.

Roman Reigns was featured on ‘his show’ Smackdown to say how nobody wants a piece of him – even WWE legends. Cesaro then came out face to face with Reigns as Roman left the ring as Cesaro grabbed a mic to show he had no time for it. Cesaro challenged Roman and Paul Heyman spoke for Reigns backstage stating that Cesaro could go against Jey Uso rather than Reigns on Smackdown. Cesaro was then attacked by Seth Rollins during the match to end the night out.