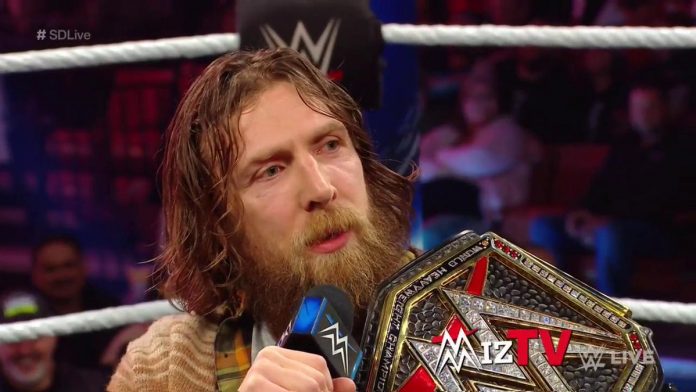 The New Daniel Bryan has been one of the highlights of the blue brand for the past few weeks. The WWE Champion has introduced a bizarre new edge to his character which is driven by his concern for the environment.

In a WWE Live Event from Baltimore, Daniel Bryan cut a promo where he referred to himself as the “Planet’s Champion”. Bryan said that he no longer defends the WWE title for the fans and so he’s no longer the People’s Champion, instead, he’s going to do it for the whole planet.

This new nickname could be a regular thing from this point on as it has quite the ring to it. You can check out the footage of the promo right here:

"I am no longer the people's champion. I am the PLANET'S CHAMPION!" – The New @WWEDanielBryan #WWEBaltimore pic.twitter.com/8PPRcCL5ge