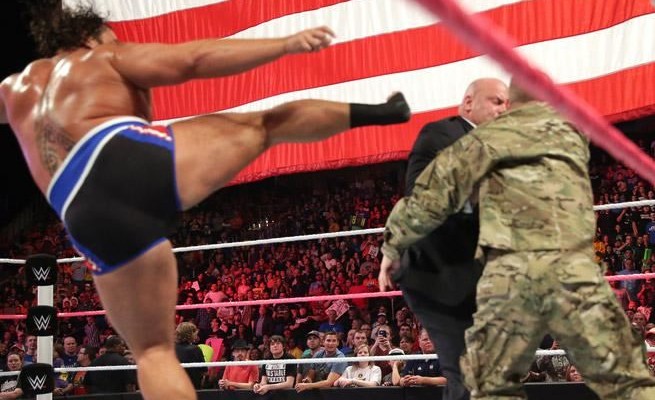 The American soldier that was kicked by Rusev on Raw last night was a plant hired by WWE. Those in attendance at the show relayed that the soldier wasn’t sitting ringside until before the Rusev segment, which is the usual way WWE handles this kind of angle. The security guard who was seen trying to hold back the plant actually let him jump the barricade before following him into the ring.

Another interesting note is that there is a law which prevents an actor from wearing the official army uniform and as such, the soldier last night was wearing the American flag on the wrong sleeve.