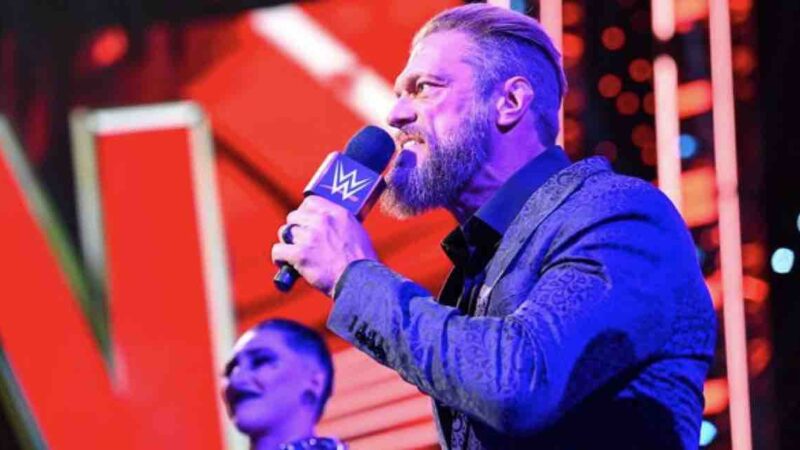 Edge has teased other big names joining him, Damian Priest, and Rhea Ripley in The Judgment Day in recent weeks.

Tony Khan is the president of AEW and has a lot of love for pro wrestling, but he also has no control over what he says sometimes. This leads to a lot of odd moments as well.

While speaking during the post AEW Double Or Nothing media scrum, Tony Khan defended CM Punk against Eric Bischoff’s comments about him being a financial flop and while doing so, he went on a profane rant that fans could not believe happened.

We just did a record pay-per-view buy, every pay-per-view, he’s done a four pay-per-view cycle now, every one of them was the record. Whether it was All Out, where he was huge part of the draw with Darby, his debut was a huge thing with the First Dance, the biggest Rampage draw in the history of that show.

The matches, he carried the Friday Night War, which, by the way, is a matter of record in f****** court in the state of California that we won the Friday Night War. Just ask Jerry McDevitt because he f****** wrote it. This guy won it, vs. Matt Sydal, who is a great wrestler, he had another goddamn great match on Friday night. This f***** guy, he f****** did the Friday Night War, he did the First Dance, he’s done the record Double or Nothing. He did the record All Out in his debut. He was a big part of the record Full Gear, a great match with Eddie Kingston. He’s wrestled a bunch of young guys and veterans in-between there. Will Hobbs, Daniel Garcia, then he showed up and did the biggest program in terms of everything, TV, box office, ever with MJF. Then he did the goddamn main event here. He’s the biggest part of financial success in the history of this company.”

At the Double or Nothing media scrum, somebody asked CM Punk and Tony Khan about Eric Bischoff's comment about him being a big financial flop. Needless to say, Tony got a little fired up… #AEWDoN pic.twitter.com/6OyzJvjz3A