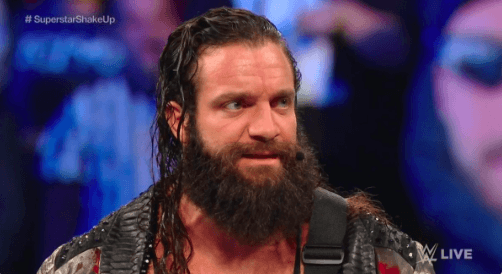 Vince McMahon came out to the ring on the Superstar Shake-up edition of SmackDown LIVE to announce the “biggest acquisition in SmackDown” history. However, what came up next wasn’t something anyone would have expected.

McMahon said that the man he believes is the “greatest acquisition” in SmackDown’s history is tough, talented and oozes charisma. Saying thus, McMahon went on to introduce none other than Elias.

Elias came out to the ring to a seething Montreal audience and received a truckload of boos. The Drifter then thanked Mr McMahon for this grand introduction and went on to start off with his usual concert.

That was until a certain someone made an interruption…

"I know you're upset that @AJStylesOrg is no longer here, but with him gone, #SDLive will now become The Temple of Elias!" – @IAmEliasWWE #SDLive #SuperstarShakeUp pic.twitter.com/kWFH2dRDJy