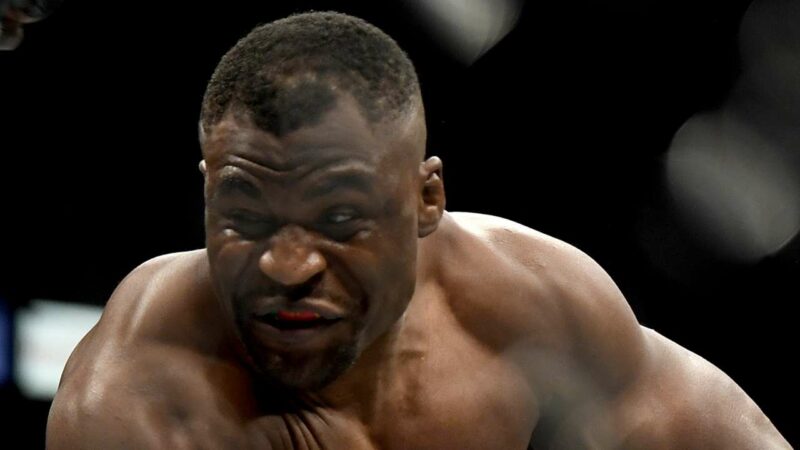 Francis Ngannou was photographed with Cris Cyborg before his UFC 270 victory over Ciryl Gane, as seen below. While Cyborg hasn’t been with the UFC since 2018, after losing to Amanda Nunes at UFC 232 – and losing the UFC Women’s Featherweight Championship at the time, she has been on an absolute tear since then winning her last five bouts. Her last win came against Sinead Kavanagh at Bellator 271 in late 2021.

The UFC star Dustin Poirier picked up an opening-round TKO victory over Conor McGregor after he suffered a brutal leg injury at UFC 264 last year.

Now, The Diamond reacted to The Irishman calling Steve-O a ‘crackhead’ in a backstage UFC 264 video that Steve-O had posted. Nate Diaz Gives Drugs To Top UFC Fighter

Dustin was stunned as he said: “He called you a crackhead?”

Steve-O then went on to explain that all he did was call Dustin a better and nicer guy and fighter than Conor, leading to the insult. Dustin added, “It sucks what happened to him.”

The MMA community seems to be unhappy with the recent performances of The Notorious One but TJ Dillashaw wants to see the Irishman bounce back from defeat.

Dillashaw recently said that McGregor sometimes comes off as a brash personality but won’t kick a man when he’s down. He said:

“I mean I’d like to see him bounce back from it. Now’s the time that I’d rather root for him. When things are tough, right? That’s when you know that this is a crazy sport that we live in because of the highest highs and the lowest lows and right now he’s on a low. That’s the time to root for him because when he is at the highest high, to be honest, he’s kind of a d**k you know.”

McGregor is not returning anytime soon as he would require several months to heal from the injury.