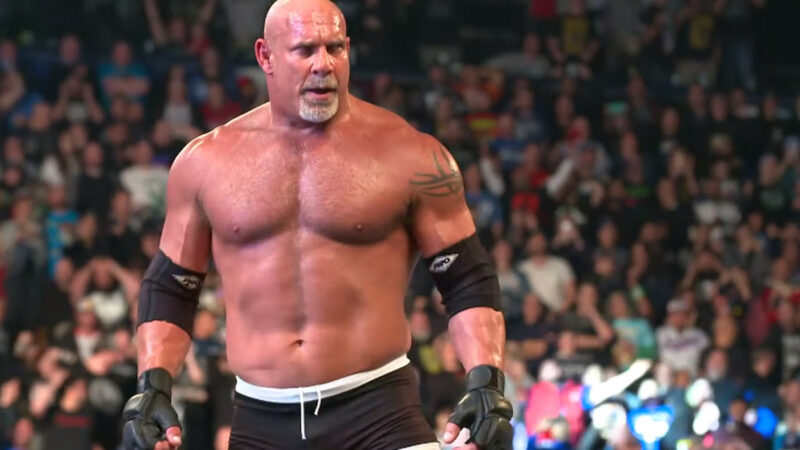 The former WWE Champion Bobby Lashley is one of the powerhouses in the company. ‘The All Mighty’ is a dominating force inside the squared circle who has decimated his opponents quite comprehensively on most occasions. A star with similar traits is WWE Hall of Famer Goldberg. It turns the former WWE Champion has expressed his desire to face the WCW legend again if WWE’s upper management wants to book a bout between the two. As it seems, Lashley wants to reignite the rivalry.

Last year, Lashley retained the WWE Championship against Goldberg at SummerSlam after the referee deemed that the injured legend could no longer continue. The heavyweights fought again in a No Holds Barred Falls Count Anywhere match at Crown Jewel, which resulted in the WCW legend picking up the win.

Speaking to So Catch, ‘The All Mighty’ gave his out-of-character thoughts on how he felt stepping into the ring with the Hall of Famer:

“I like Goldberg,” Lashley said. “Goldberg’s such a big name. We know Goldberg, comes out there, you know Goldberg is Goldberg. To me, it was a challenge because having a match with him and then just being out there, seeing the spectacle that goes around Goldberg, I enjoyed it. If Goldberg ever needs to come back, I’m one of those guys that’ll raise my hand and take it any time.”

Lashley is currently involved in a feud with Omos and the former picked up a win in a Steel Cage match on the latest edition of Monday Night RAW. The former WWE Universal Champion is reportedly no longer under the contract of WWE as he did not renew a deal upon expiry. He has not competed in a match since losing against Roman Reigns at Elimination Chamber that took place in Saudi Arabia back in February.