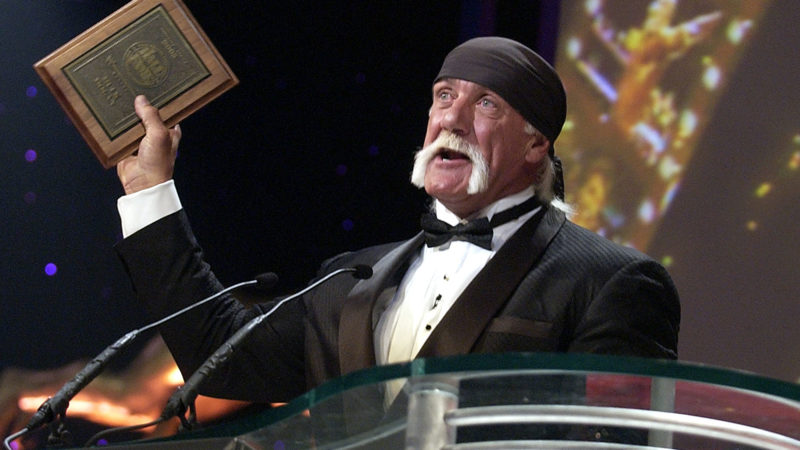 Wrestler Hulk Hogan holds up a plaque while speaking after being inducted into the WWE Hall of Fame in Los Angeles on Saturday, April 2, 2005. (AP Photo/Matt Sayles)

During his appearance on WOOOOO! Nation with Ric Flair, WWE Hall of Famer Hulk Hogan mentioned that his most valued item from his life as a professional wrestler is his WWE Hall of Fame Ring.

“That’s my whole career to me, that Hall of Fame ring, so that’s all I’ve got left, brother, so I’m hanging onto it,” Hogan said.

Hogan then went on about how he does not have a presence in the WWE Hall of Fame, which in fact he still does as WWE has yet to officially remove him from their Hall of Fame following his departure from the company due to audio of him making racist comments in a leaked sex tape was released to the public several months ago.