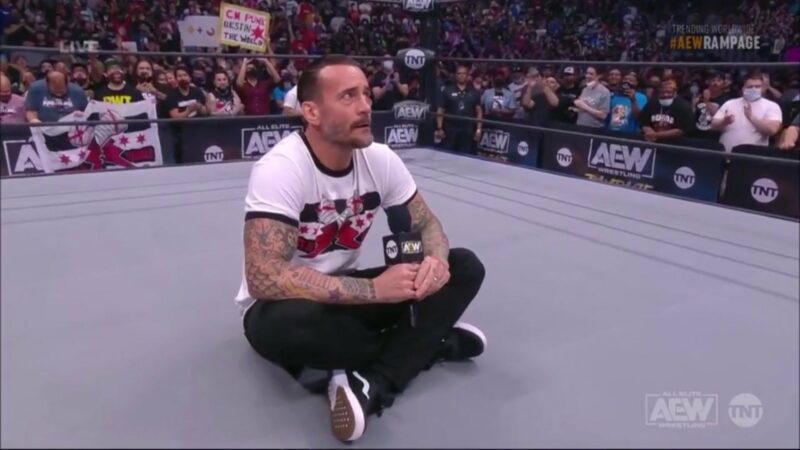 CM Punk managed to capture the AEW World Championship once again at last night’s AEW All Out pay-per-view. Punk pinned Moxley with his third GTS of the match. It has come to light that he was reportedly involved in an altercation following the conclusion of the show. During the post-AEW All Out media scrum, CM Punk blasted Colt Cabana, Hangman Page, Kenny Omega and The Young Bucks. Punk utterly buried Page and Cabana in particular while blaming the Bucks and Omega for being incompetent EVPs.

Dave Meltzer and Bryan Alvarez mentioned during Wrestling Observer Radio that they saw a police officer run by, and they figured a fight broke out with someone else. It was later revealed that Ace Steel was also involved in the “melee.” Ace Steel, was allegedly involved as he reportedly threw a chair that hit Nick Jackson in the eye. Steel also reportedly bit Kenny Omega and pulled the hair of the former World Champion.

There have been speculations on CM Punk getting arrest

“Hoffman Estates PD claim they were not dispatched to NOW Arena after the show.”

Hoffman Estates PD claim they were not dispatched to NOW Arena after the show. More coming to https://t.co/jy8u4a7WDa., https://t.co/oB1QQ7UmA0

During Wrestling Observer Live, Bryan Alvarez noted that he would be “extremely surprised” if anyone in this fight is “ever working together again.” Stranger things have happened in pro wrestling, but there are going to be lawsuits.

Alvarez also stated that everyone who was in the room will be questioned by authorities and attorneys in some form or fashion about the incident.