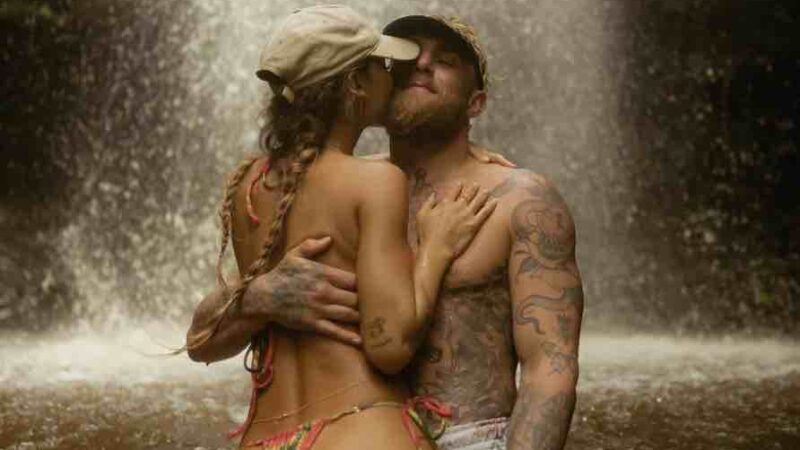 Jake Paul is a lucky person in many regards, one is that he gets to be around his stunning girlfriend all of the time.

In a recent Instagram post, Paul posted a photo of the two which you can see below.

During an interview with DAZN, Paul was wearing a Hogan T-shirt and shared his thoughts on “The Hulkster.”

He said: “Yeah, I got this shirt at the WWE event. I love Hulk Hogan, I love my brother, I love the WWE.” Paul was then asked if Hogan is his favorite wrestler. The social media star answered, while bringing up another iconic name: “Hulk? Probably. Him or John Cena, which is like super cliché, but there’s a reason why John Cena was the greatest in the world, brother.”

Notably, in many of Hogan’s recent WWE appearances, the reaction to him has been quite mixed, most likely tracing back to his infamous racist rant.

Paul name-dropping Cena as one of his favorite wrestlers comes at an interesting time. Last week, Logan teased a potential match with the “Dr. of Thuganomics” on social media. In response to a tweet asking who would be the perfect opponent for Cena at WrestleMania 39, Logan responded with the eyes emoji.

Logan even said that he pitched the idea to Triple H

Special thanks to Wrestling Inc