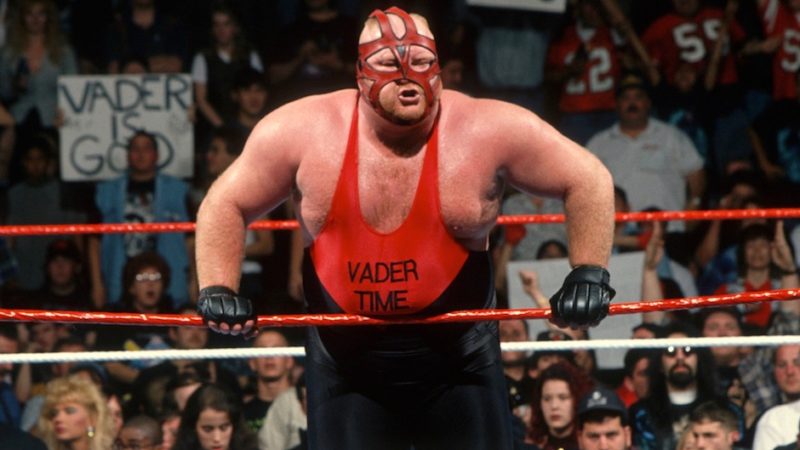 Recently, Joey Ryan took to Twitter to praise the current generation of professional wrestlers. GrappleGlips tweeted a clip of Vader beating down a jobber, leading to Ryan stating:


Give me Kenny Omega making his enhancement talent look credible and a threat over Vader taking liberties on a guy just trying to get a job. Thankful that the bully culture in wrestling has declined and that we’re evolving past it.

The match Ryan referred to was a Kenny Omega bout from AEW Dynamite last Wednesday. Omega and AEW had received a lot of criticism for allowing Allen Angels to kick out of a V-Trigger, among other things. Jim Cornette, the biggest critic of Joey Ryan’s career by far, looked to defend Vader in his own way.

Morning thoughts on Dick Boy: 1. A grown man using the term "bully culture" is a pussy. 2. He BETTER be glad wrestling's changed or his ass wouldn't be allowed in it. 3. There is Evolving and DEvolving. 4. @JoeyRyanOnline is an insufferable whiny douche & needs his pussy powdered https://t.co/IfdxXPbY0k

Joey Ryan attempted to reach common ground with Cornette, bringing in the argument of CTE and brain damage. Ryan felt that Vader’s opponent was unable to properly cover-up and was treated unfairly.

Eventually, Vader’s son, Jesse White, addressed the discussion. White has been running his father’s Twitter since his death two years ago.

Every1 has a spot on the card & @JoeyRyanOnline has his. Different flavors and maybe this isn’t his. When pops was green with AWA he was in the ring with Brody and Stan A LOT. Connecting the dots but Pops made his believable just like Brody/Stan did. Pops resume:13 WorldTitles🖖 https://t.co/1t1oYAFCT8

The situation has continued on, with several wrestlers joining in the conversation. What are your thoughts on the clip above? Let us know in the comments below.