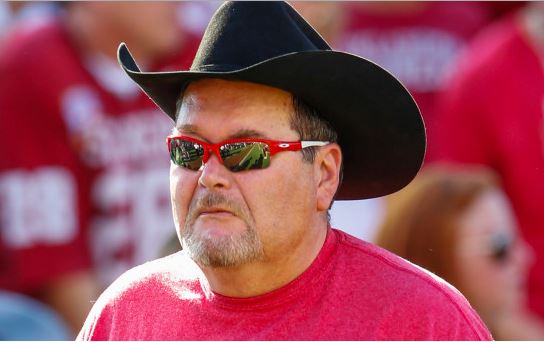 – WWE Hall of Famer Jim Ross calls his first NJPW show for AXS TV at 9:00 p.m. on tonight. Shinsuke Nakamura, A.J. Styles, and Kazuchika Okada will be wrestling on the show.

– As we reported earlier on the site, Ross will be appearing on The Voice Versus tonight on AXS TV. AXS TV issued the following:

LEGENDARY BROADCASTER JIM ROSS SITS DOWN FOR A REVEALING INTERVIEW ON AXS TV’S ‘THE VOICE VERSUS’ THIS FRIDAY, MARCH 4 AT 8pE/5pP BEFORE HIS ‘NEW JAPAN PRO WRESTLING’ COMMENTARY DEBUT AT 9pE/6pP

LOS ANGELES – An hour before he steps into the announcer booth for AXS TV’s hit pro wrestling series NEW JAPAN PRO WRESTLING this Friday, March 4, legendary broadcaster Jim Ross sits down with renowned combat sports commentator and journalist “The Voice” Michael Schiavello for an intimate, hour-long interview on THE VOICE VERSUS at 8pE/5pP.

Ross, who made historic calls for nearly 20 years for WWE, shares star-studded stories about his years with the organization including his in-ring confrontations with “Stone Cold” Steve Austin and Triple H and relationships with Jesse Ventura, Dwayne “The Rock” Johnson and Gorilla Monsoon. Ross also discusses his time with WCW, Eric Bischoff and persevering despite being diagnosed with Bell’s Palsy.

During the candid conversation, Ross went into great detail about his unique relationship with WWE chairman and CEO Vince McMahon, including whether McMahon fired him or he retired from WWE in 2013.