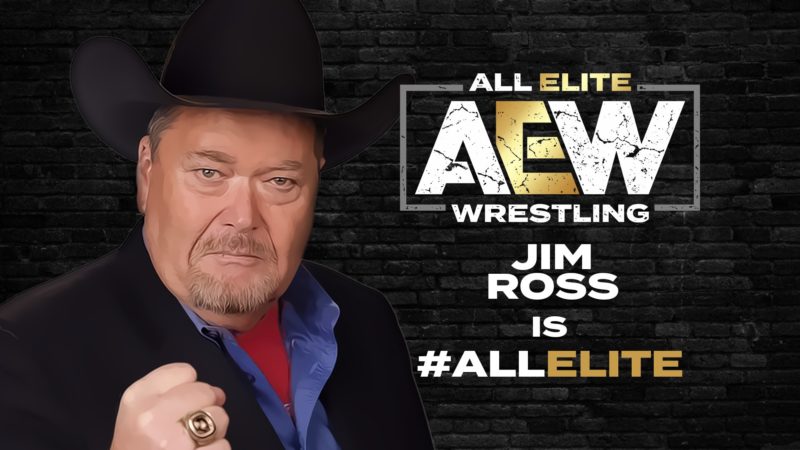 Yesterday, All Elite Wrestling made the announcement that Jim Ross has signed a three-year deal with the company.

The press statement described the deal as the “most lucrative” ever and that Ross is signed to the role of “Senior Advisor” in the promotion.

Ross took to his podcast (via SEScoops) after the announcement and explained why he decided to go with AEW, and what his role is going to be.

Basically, Ross said that he wanted to be involved with the work that he loved doing. He spent all his life in this line of work and he still has more in him. And that’s why he decided to contribute his skills because there’s no guarantee a tomorrow will come.

“At some point in your life, you will understand that you are on that back nine. And you’ve done more things in your life, to date, than you have the time left to do more tomorrow.”

While that answer was a bit philosophical, but his expectations for his role were clearer.

“One of the great joys of my entire career was recruiting, mentoring, and signing talents. Now, I don’t have any idea if I’m going to be doing all that. My title is Senior Advisor. But I can converse with talent. I can address talent’s issues. I can be that mentor. I’ve been there, I’ve done that, I’ve seen it all and I’ve loved every minute of it, even the bad times. It’s all a part of that great journey that I’m still on, thank God. I’m going to work for AEW. I’ll be doing play-by-play for their wrestling shows, and also working as a Senior Advisor. I’ll be working closely with Tony Khan and his staff, and all those Executive Vice Presidents he’s got hired. It’ll be fun… I’m really happy that the Khan family has confidence in my abilities to tell a story, to do play-by-play, and to do the other things that I really embrace doing.”

JR brings sure does bring a lot to the table, and AEW was quite wise for signing him in an advisory role.