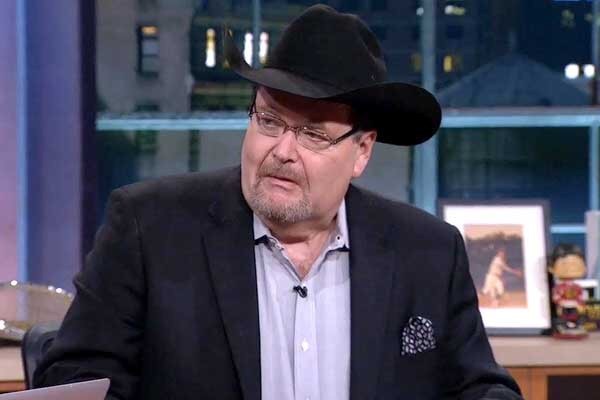 WWE Hall of Famer Jim Ross has posted a new blog entry over at his website where he gives his thoughts on Roman Reigns being hit the head with a MITB briefcase by a fan, Stephen Amell being brought into WWE to work a match and WWE selling out the Barclays Center for NXT Takeover: Brooklyn. Check out the highlights down below:

On Roman Reigns being hit the head with a MITB briefcase by a fan:

It takes a real idiot to get physically involved in a pro wrestling match as a ‘fan’ and I use that term loosely did in Victoria, B.C. with Roman Reigns over the weekend. I think the guy should have been jailed and not just banned for life from WWE events as how is that going to be legislated? The ignorant person is lucky this happened in this era and not in a previous generation or his penalty would have been handled on site, in the back of the arena, for better or for worse. Cowboy Bill Watts enjoyed being the judge, jury and executioner when unruly, often times inebriated fans got physical with the talents. These fans got assaulted, I’m not condoning this, and then they still went to jail.

On Stephen Amell being brought into WWE to work a match:

Is it wrong of me or am I merely not in the demo to know who Arrow’s Stephen Amell is? Is his appearance on RAW a mutually rewarding promotion because it seems to me that the actor means less than does WWE’s franchise broadcast.

On WWE selling out the Barclays Center for NXT Takeover: Brooklyn:

Congrats to WWE NXT for selling out the Barclay Center in Brooklyn the night before Summerslam and at the same time as our RINGSIDE w/ Jim Ross Show in NYC at the Gramercy Theater. NXT is an amazing success story that poses an interesting conundrum for WWE and that is how do they introduce all the young talents that are ready to be called up in a manner that is impactful and memorable? These ‘introductions’ are critical to the process.  I’d estimate that approximately 14,000 fans will sell out the Barclay Center three nights in a row for WWE themed events which is an amazing accomplishment.