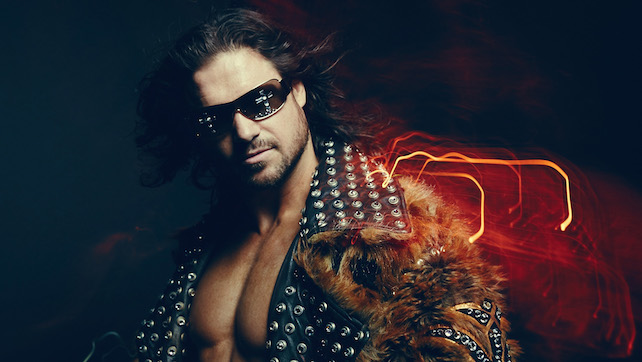 Johnny Mundo, AKA Johnny Impact in Impact Wrestling and John Morrison in the WWE, has been pretty successful in the wrestling world since leaving the WWE back in 2012.

Mundo helped get Lucha Underground started, taking part in the main event of the first episode, where he defeated Prince Puma, also known as NXT’s Ricochet. Since then, Mundo has been a part of many major feuds in the company and would eventually capture the Lucha Underground Championship. He’s also appeared in AAA, where he was their AAA Mega Champion for 314 days, and joined Impact Wrestling in 2017.

In an interview with CBS DC‘s Chuck Carroll, Mundo discussed Lucha Underground, Impact Wrestling, and if he’ll ever make his way back to the WWE in the near future.

Do you plan on returning to the WWE in the future?

WWE is a great company. There’s nothing specific on the horizon between me and them right now. I plan on staying with Lucha Underground for a while. I couldn’t be happier outside of the WWE right now because of places like MLW, Impact Wrestling, Lucha Underground and independent promotions.

Have you heard anything in regards to a season 5 of Lucha Underground?

Nothing definitive. The roster would definitely be excited about a fifth season. Same thing with the producers and everybody. I know that the network is happy with the show and the ratings its created and the talent. I think it’s just a matter of time.

Impact gaining respect back over the past few years:

Impact Wrestling is coming on really strong. They just held Slammiversary on pay-per-view. The whole card that night delivered. I think everyone knocked their match out of the park. It’s really cool to come back to a place like Impact. It has so much history and has turned the corner recently.

They’ve really upped the quality of their wrestling and are putting stuff on TV that everybody likes and that we, as wrestlers, can be proud of. They’re doing a lot of things right now, and it’s a program that people need to watch.

You can check out the full interview here. Mundo also talked about Major League Wrestling, appearing on Survivor, and the movie Boone: The Bounty Hunter.