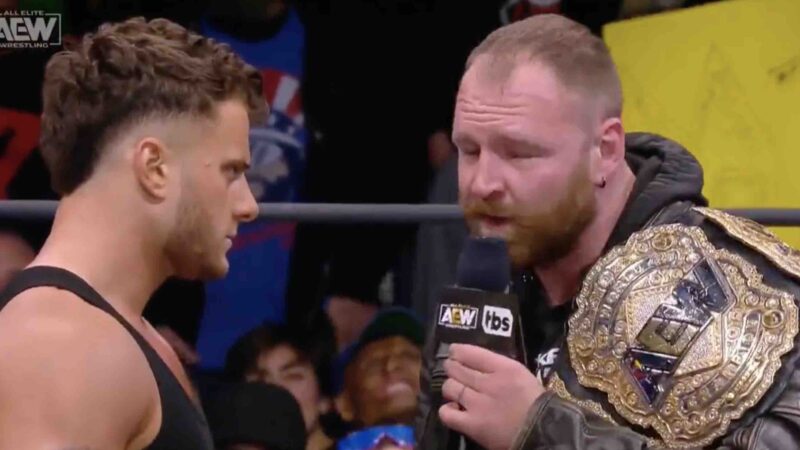 Jon Moxley forgot the day of AEW Full Gear on Dynamite, and MJF had to remind him, as seen below.


Jon Moxley had his schedule so mixed up that MJF had to tell him what day was Full Gear.

The Good Brothers (Luke Gallows and Karl Anderson) recently made a huge return to WWE. Triple H has been bringing back some talents to the company and they are among the list. It also includes Braun Strowman. WWE Hall of Famer Ric Flair has claimed that Stephanie McMahon and ‘The Game’ might have paid less to Gallows, Anderson, and Strowman.

Ric Flair opens up on the matter

The Monster of all Monsters returned to WWE in September this year after being released in 2021. Strowman did not join any other company during his time away from WWE. He wrestled a few matches on the independent circuit and was a key figure in the formation of Control Your Narrative, an independent wrestling organization.

Speaking on the To Be The Man podcast, Ric Flair stressed that Triple H’s checkbook is significantly lighter than it used to be. Flair added that Hunter did not face any competition in signing the former Universal Champion:

“You [Braun Strowman] look around at projects and you realize that you’re still a young kid and you need to make money, you’ve got a family. I can guarantee you that Hunter [and Stephanie]’s checkbook isn’t as big as it was. It’s just the way the world works. Guys are coming back looking for work, like Karl [Anderson] and I’m sure they’re they didn’t get big raises.”

Ric Flair noted the need to bring back former stars and stated that both AEW and WWE need deep rosters because of today’s hectic schedule.

“The most important thing is everybody got a job and is working. I don’t think that time where you’re passing out money on either Tony’s [Khan] part or WWE’s part, whether it’s passing out money to bring people back in when you’ve got so many hours of TV to produce. You need bodies, you need guys. Their injuries are going on left and right. People get hurt more often now on a more regular basis in both companies and I think they both realize they need to be deep.”