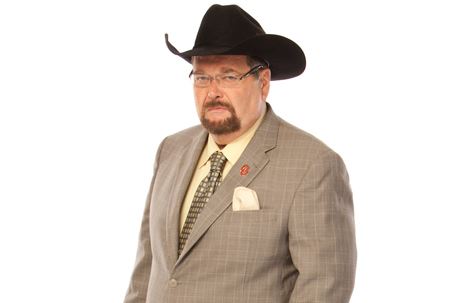 WWE Hall Of Famer Jim Ross has released another blog on his JR’s BBQ website. You can check out some highlights from the post here:

“Caught up with Chris Jericho Monday morning to check in regarding the reports of a ‘fight’ that Y2J had at a WWE event in the U.K. with Sin Cara. Chris said it was largely about nothing and that it resembled more of a scuffle than a full-fledged fight. Sin Cara threw one punch and then the minor melee was broken up. Tensions often times rise on these extended international tours which can bring out the worst in people. This scrap apparently occurred on the bus in route to Glasgow. At the end of the day, it was seemingly much to do about not that much on a slow news day online. (Bill Watts would have made the two fight to get the angst out of their systems. Cowboy did just that with Butch Reed and John Nord.) “

“Why do so many people seemingly question the logic of WWE in perhaps bringing Hulk Hogan back for a WM33 Orlando appearance? Seems like good marketing mto me and something I that I’d concur with without any reservations. Hogan’s an icon, the Babe Ruth of his era, and would appeal to many fans who will engage the April 2, 2017 event. I think that it would be fun for many fans to see the red and yellow front and center at Wrestlemania because after all he did have a significant hand in helping build the brand that changed the business.”