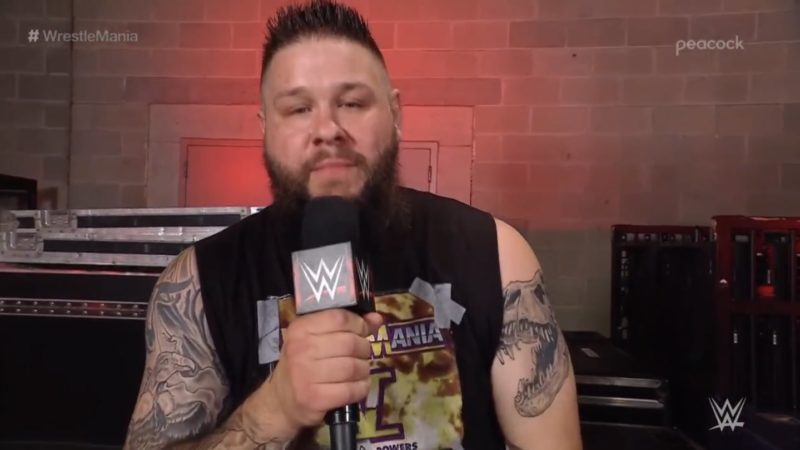 The former WWE Chairman Vince McMahon could sometime get harsh on his talents back in the day. AEW star Chris Jericho recently revealed that Vince blasted WWE star Kevin Owens for one of his matches in 2017.

Owens and Jericho had faced off at WrestleMania in 2017 for the WWE United States Title in a match many felt had the best storyline heading into the show. However, during a recent live tour of the UK, Jericho stated on his podcast Talk Is Jericho that the former WWE Chairman wasn’t happy with the bout and also body-shaming:

“Vince said to Kevin Owens, ‘that was the worst match in WrestleMania history,’ that’s what he said and he did not like that match and I was, like, ‘Really? Did you not see a Giant Gonzalez versus The Undertaker?’ For whatever he was really on, Kevin’s case, for being kind of like he said, ‘you’re fat, you’re out of shape, and you do too many moves, and you’re just not a good heel.’ He was really, really on Kevin at that point in time, and our match was just collateral damage.”

Chris Jericho left WWE shortly after his feud with Owens before making a surprise return to New Japan Pro Wrestling that same year. During an interview with TalkSport, Jericho had also reflected on the match. He said that despite Vince McMahon’s desire to lower the value of the match, he thought the contest was great:

“It was great. And then the next match we had at the following pay-per-view was amazing as well. I wasn’t happy with that match because they had us on second at that WrestleMania which was the writing on the wall that they didn’t care about the feud. That was one of the best feuds that was originally meant to lead to the main event of WrestleMania and then it ends up on second.”