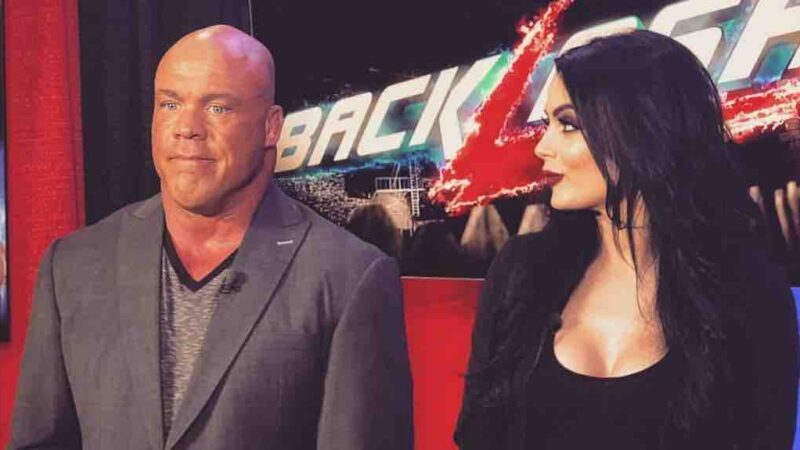 WWE Hall of Famer Kurt Angle is currently retired. However, he recently teased the fans about a possible return to in-ring competition.

During his podcast on AdFreeShows, Kurt Angle dropped hints on getting back in the squared circle. The Olympic Gold Medalist might make a comeback to in-ring competition. Fans have witnessed Ric Flair get back in the ring for a match recently and it will not be surprising if Angle returns as well.

Kurt Angle opened up about his knees and the fact that he needed to get them replaced. Then he teased the idea that he might have some more time in the ring in store for the future:

“I’m not gonna lie to you. [The thought of a return] comes across my mind here and there every once in a while but I just had knee replacements. I’m in no position to think about wrestling right now. It’s been two and a half months since I had my knees replaced. Both at the same time. It’s a little rough doing both of them at the same time. But you know what I’m not gonna count out anything.”

“I’ve told so many reporters and people from the news that I was done but there is a chance that I might end up coming back. I don’t know when, but it’ll probably be for one last match. I guess I’m putting it out there tonight. I didn’t wanna do that until my knees got better but I’m not gonna lie to you. I think about it all the time. I possibly could [return], yes.”

We will have to wait and see if Angle actually steps foot inside the squared circle. Paige will be stepping foot inside a wrestling ring for the first time in 5 years, and while it’s not for a match, it is to be a guest referee, possibly the first step to a wrestling return. You can see below the setup for the match.

After @RealRoyKnight turned on @TheZakZodiac at last night's event, @RealPaigeWWE appeared on the screen via live video to announce that she will be special guest referee for their match at #FightmareIV!