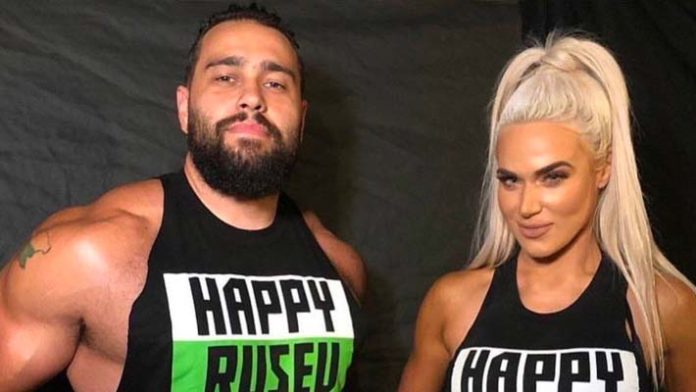 Lana(CJ Perry) had joined WWE back in 2013 when she was introduced as the Russian manager of Rusev (Miro in AEW). In 2015, she broke away from Rusev and began a romantic angle with Dolph Ziggler. She would, however, return to managing her then-real-life fiance just under one year later. WWE Fired Star Arrested For DUI In Kentucky

Lana explained to Miro about kissing other stars

‘The Ravishing Russian’ began getting more in-ring opportunities before officially transitioning into a full-time wrestler. She also eventually entered into an on-screen relationship with Bobby Lashley in September 2019. During a virtual signing with East Coast Autograph Auctions, Lana explained that she told Miro from the first day that they started dating that she would likely be kissing other people when acting.

Here were her full remarks:

“It’s not real. The first thing I told my husband [Miro] when we started dating, I was like, ‘If you think I’m gonna be the person and I’m not gonna be making out with people on screen, then we probably shouldn’t be dating.’ Before I came into wrestling, I was usually always that person and I was very self-aware that I was that person. Then it just happened to be in WWE, a lot of time, I played that role as well. To me, it was normal. It’s acting. What’s always weird to me about pro wrestling is when people have a hard time doing relationship stuff. None of it is true. It’s literally Tony Khan or Vince McMahon deciding. It’s real in the sense that you can break your bones.”

She was released back in June this year. We will see what is next for Lana and when she makes her return to pro-wrestling.