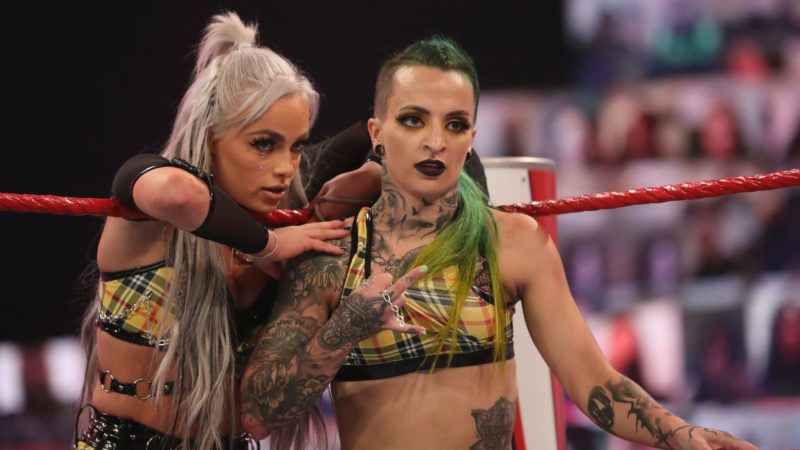 Liv Morgan, who is a part of the Riott Squad, discussed the future of tag-team with Ruby Riott during two recent interviews.

She also stated that The Riott Squad is incomplete without their former member, Sarah Logan.

Liv Morgan is considering “a little revamp” to Riott Squad. In a interview with To ComicBook.com, she said:

“Well, The Riott Squad will always and only be Liv Morgan, Ruby Riott, and Sarah Logan. Every day that Ruby and I go out we have a wolf patch on our entrance jacket, and that is for Sarah. We wear it over our hearts. She’s out there with us all the time. So to be honest, we’re not looking for a third member unless that is Sarah Logan, but Ruby and I are working on a little revamp if you will. So keep watching.”

“What I meant by revamp was maybe going through a name change, something that is more fitting for us now that we are in an equal partnership where Ruby isn’t the leader anymore. That and the fact there isn’t Sarah anymore. So definitely an updated version of us is definitely due. That is what we’re working on now.”

Liv Morgan and Ruby Riott were supposed to face Nia Jax and Shayna Baszler for the Women’s Tag Team Championship at WWE Clash of Champions pay-per-view.

However, the match was scrapped off the event due to the COVID-19 situation.