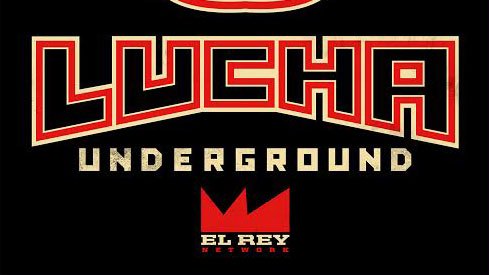 Here are the results from tonight’s (Wednesday December 28, 2016) episode of Lucha Underground (courtesy of Wrestling Inc.):

The show opens with a video prelude to tonight’s episode. The video features Angelico’s return and his on-going feud with Worldwide Underground….. The current best of 5 series between Cage and Texano. Where Cage currently leads 2-1. With the winner getting a mysterious ‘ultimate opportunity’ from Dario Cueto….. The video also focuses on Jeremiah Crane’s current feud with former love interest Catrina and her man Mil Muertes. The video caps off with a history package on Prince Puma, his relationships with Konnan, Vampiro, and his demise at the hands of Mil Muertes. The video ends with Prince Puma’s recent resurrection, that saw a transformed Vampiro ready to lead him.

The opening scene takes place in what appears to be some type of dojo. Vampiro is shown and he asks his “son” Prince Puma to rise. Vampiro tells Puma that he will now begin his journey into darkness. Prince says that he is ready. Vampiro grabs him by the throat and asks Puma to pledge himself to him. Puma does a backflip, stares into the camera and says “I Do Master”.

We are now inside the Temple in Boyle Heights. Matt Striker and Vampiro are at ringside and preview tonight’s show. They hype the best of 5 series and cue to inside the ring and Melissa Santos for the opening match.

This is the match that Jeremiah requested and received from Dario Cueto last week. Jeremiah’s story is that he has had a long relationship with Catrina dating back to when they were kids. Jeremiah is still in love with her and wants to kill Muertes and take her back. Crane attempts to take the fight to Muertes early on, but Mil shoots him down quickly. Muertes then proceeds to beat down Crane for the next few minutes….. Out of nowhere, Prince Puma arrives and attacks Mil Muertes with a Singapore cane.

The ‘New Prince of Darkness’ Prince Puma hits Muertes with the cane. The ref is distracted by Catrina and doesn’t see it. Jeremiah Crane pins Muertes and gets the victory.

After the match, Puma enters the ring and repeatedly strikes Mil Muertes with his cane. Vampiro is shown from the broadcast table smiling. Puma does his signature backspring flip onto the Lucha symbol in the center of the ring. He normally kneels on it as a sign of respect, but this time. Prince Puma kneels towards Vampiro instead. Striker is shocked by Puma’s actions, as the show goes to break.

When the show returns from break. Sexy Star is backstage and is greeted by a man. The man tells her to not feel bad about losing to Johnny Mundo because he is the best. As Star goes to leave, The man hands Star a present. He says that it isn’t from him. Then speculates that it could be from a fan. The man calls himself a fan, and says that he has sent gifts to Johnny Mundo in the past. He then leaves, Sexy Star opens up the box, and in it is a spider. Sexy screams out in anger. The spider deal has been a running storyline now for the last few weeks. Someone is stalking her and leaving her the spiders.

In another part of The Temple….. Texano is working out. Famous B and Brenda approach him. Famous calls Texano “All Man”. Famous B offers Texano his services. Offers to make him famous. He tells Texano that he isn’t connecting with the audience. That Cage is much more popular than him. Famous offers to help change Texano’s image. Famous offers Texano his services tonight. Texano threatens to kick B’s ass. Famous backs up and tells Texano to consider his offer. Brenda hits on Texano and tells him to call her.

Back inside the Temple. Matt Striker is questioning Vampiro at the broadcast table, as to what just took place between Puma and him. Vamp says that he wants to keep his alliance with Puma quiet.

Fast paced match between all 4 men. Fair amount of showboating and clowning around by Black and Evans. It doesn’t take long for this standard tag match to turn into a free for all between all 4 men. A lot of high flying action. PJ Black hits a beautiful springboard 450 splash for a near fall on Havoc. Angelico hyper extends his elbow flying onto Jack Evans….. Matt Striker reports moments later that Angelico has dislocated his elbow but that this match will continue.

Havoc is now at a disadvantage facing Black and Evans alone. He is unable to overcome the odds. Jack Evans finishes off Son Of Havoc by hitting a corkscrew inverted splash. Jack Evans covers and pins him for the victory.

Dario Cueto is in his office. He is opening up a box on his desk, when Sexy Star barges in. Star demands a match with Mariposa. Whom Sexy believes has something to do with the spider style mind games being played on her. Dario grants Sexy her request for next week. Dario opens up his box and a light illuminates on his face. As the show goes to break…. Just some quick storyline background here. Dario was handed this treasure chest type box earlier in the season. It’s been implied that the force inside of the box is what will be given to the winner of The Best of 5 series between Cage and Texano. It is supposed to contain a special power that will transform a man into a god. The purpose of it is to help Dario Cueto and his ruling dark forces win the upcoming war.

Evenly contested match early on. Each man putting their power on display. Texano hits a torture rack neck breaker on Cage. Cage battles back and hits a release german suplex on Texano. Both men end up on the top rope. The top turnbuckle comes loose. Texano uses to his advantage by tripping Cage up, and Cage lands headfirst into the exposed turnbuckle. Cage is now busted open and bleeding. Texano goes in for the kill, hits a sit out power bomb on Cage and pins him.

Dario Cueto exits his office in The Temple. He says that he loves the violence between Cage and Texano in this series. How they both want to badly win the “Ultimate Opportunity”. He calls for The 5th match to begin now. The show goes to break and when it returns, Dario Cueto is still in The Temple outside his office. He takes the mic again. He says that he forgot to mention that this upcoming match will be an anything goes match.

Texano is in full control to start off this match. Cage is bloodied and takes a beating. He finally starts fighting back and hits a spike DDT on Texano. Texano goes after Cage on the top rope. Texano bites down on Cage’s bloody forehead. He then hits a top rope huricanrana on Cage. Texano then attempts a sit out power bomb but Cage counters out of it. The action now goes to the outside when Cage hits an over the top rope plancha on Texano. Both men are now brawling on the outside. Cage takes Texano up the stairs and into the crowd.

Cage then suplexes Texano onto the bleachers. He then lifts up Texano in a fireman’s carry. Texano slips out of it and hits Cage with a spine buster. Cage rolls down to the ringside area. Texano follows Cage and rams his bloody head into the ringpost and then onto the broadcast table. Cage is busted open pretty badly now. Texano throws him around the arena. They make their way to the back area of The Temple, and then head back into the crowd. Texano is still in control but Cage battles back. They are perched near the balcony in the crowd. Texano knocks Cage off of the balcony and Cage lands on the ringside floor. Texano then leaps off the balcony and dives on top of Cage.

Texano now throws Cage through three rows of wooden chairs at ringside. He then gets a hold of a chair and slams Cage over the head with it. Texano gets his bullrope and starts whipping Cage with it. Texano rolls Cage into the ring and attempts to pin him but he kicks out at the last second. Texano then hits a spinebuster on Cage on top of a steel chair. Texano then attempts to hit a springboard senton onto Cage but he misses and lands on the chair himself.

Cage gets a hold of the steel chair and strikes Texano over the head with it. Both men are down. Cage attempts a pinfall but Texano kicks out. Texano and Cage are now both back up and begin exchanging strikes in the center of the ring. Texano wins the exchange and gets Cage in a cross face submission.

Cage rolls out of the crossface and puts Texano in a pinning predicament. Texano is forced to release the hold. He now goes for a sit out powerbomb on Cage. Cage counters and hits a discus clothesline on Texano. This leads to a near pin fall. Cage now gets a hold of the bullrope and he whips Texano with it. Cage lifts up Texano and has Texano in a delayed vertical suplex position. He then proceeds to spike Texano’s head into the mat with a variation of the brainbuster. Cage covers Texano and pins him.

After the match while Cage is celebrating his victory. Matt Striker speculates on what Cage has just won. He wonders what Cage’s Ultimate Opportunity will be. Just then Dario Cueto gets on the mic and congratulates Cage for winning his ultimate opportunity. Cueto says that the prize for Cage is so great and powerful. That he’d prefer to not give it to him in front of The Believers in The Temple. The believers boo Cueto. Dario says that they are too weak minded to understand it.

Cueto invites Cage into his office to get his reward. Matt Striker hypes next week’s LU Championship match between Johnny Mundo and The Mack……. We are now in Dario Cueto’s office. Cage is inside awaiting his reward. Dario opens up the box on his desk. Cage looks at it and is not impressed. Cueto tells him to not to be fooled. Cueto then reaches into the box and shows Cage what he calls “The Gauntlet”. It looks like a iron glove. Cueto says that the Gauntlet has power beyond Cage’s imaginations. Cage thinks it is stupid and says that he doesn’t want it. Cueto gets up and asks that Cage at least try it on. Cage puts on the iron fist. Thunder crashes and electricity starts shooting through it. Cage lifts up Cueto by his neck one handed. He then says, “On second thought, I think I’ll keep it”. Dario backs up in fear and then sits back in his chair and smiles. As the show comes to an end.