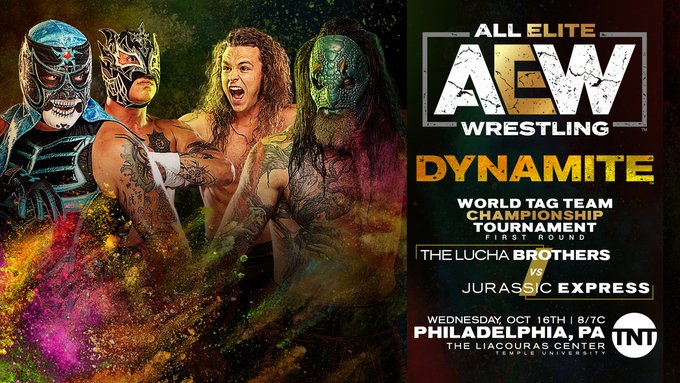 Though the Lucha Bros are still competing in the AEW Tag Title Tournament tonight, one of their opponents has been replaced. Sadly, the Jurassic Express will not be appearing on tonight’s episode of Dynamo, as Luchasaurus is currently out with a hamstring injury.

Revealed by PWInsider earlier today, All Elite Wrestling has pulled Luchasaurus from tonight’s first-round match-up. It’s unknown just how serious the injury is. Thankfully, Jungle Boy does have a partner for tonight as he’ll be teaming with Marko Stunt.

Stunt responded to the news on Twitter, calling this the biggest night of his life.

The card for tonight’s AEW is as follows: